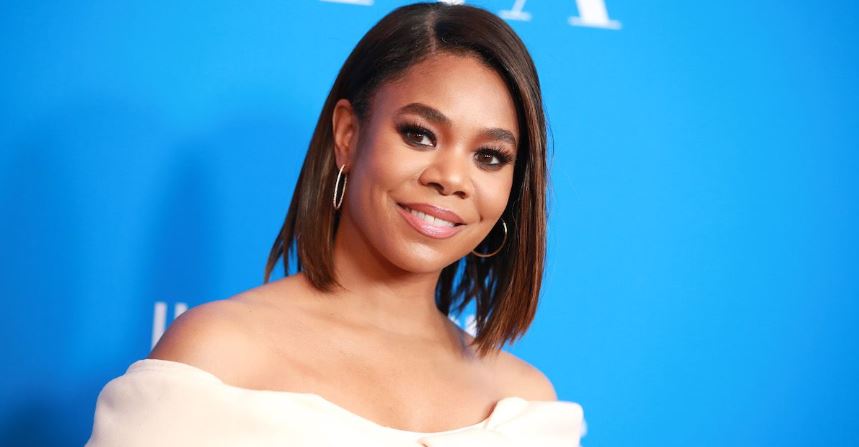 Who is Regina Hall currently dating, and does she have a boyfriend? Inside the love life of the actress.

At 51 years old, Regina Hall has worn many hats in her life beyond being a successful actress in films like Girls Trip and Shaft. In fact, she was nearly 30 when she nabbed her first film role in 1999’s The Best Man, and before breaking into Hollywood, she held down jobs as a dental hygienist and a waitress serving damn fine cups of coffee in a Twin Peaks-themed restaurant.

Regina Hall hosted the 2019 BET Awards, she was also nominated in the Best Actress category. The Girls Trip and Little star emceed the 19th annual awards ceremony in styles.

But while plenty is known about the actress’s professional life, she’s a lot more guarded when it comes to her personal life. Fans often wonder if Regina Hall is in a relationship, married, or ever has been, and her close friendship with Sanaa Lathan has raised a couple of eyebrows over the years. Does Regina Hall have a boyfriend? Here’s what we know.

Regina once wanted to be a nun.

Although Regina keeps quiet about her romantic life, she’s pretty open when it comes to her devotion to God. In fact, she’s told many outlets that she felt a close connection to the nuns who ran her high school and revisited the possibility of returning to the church as recently as 2010.

“I was in Catholic school my whole life,” she said to The Fader. “It felt natural. Maybe I was a nun in a past life. It felt familiar. I loved the sisters and i loved the priests. I didn’t have any shady priests, thankfully. But when I was 14, I really loved the nuns.”

“They ran our school and were so smart,” she continued. “They didn’t have to worry about what to wear. I loved their little quiet time in prayer. It felt serene. I remember they were having a number of young girls join the convent, and I was like, I would like that.“

When she tried her hand at being a nun as an adult, back in 2010, there were rules about her age and how many partners she had been with that meant she couldn’t join the particular sect she was interested in. “I thought, ‘What a great life. How could I ever be sad if I’m always in prayer?’ But I was too old,” she said.

“Every sect has different rules and this particular one I was interested in, their idea was that this wasn’t a Plan B. It’s not, life’s not going good so I wanna be a nun. Some of them limit you by the number of partners you’ve had — but I couldn’t join those either.”

So, does Regina Hall have a boyfriend?

Regina, who was the first black woman to win Best Actress at the New York Film Critics Circle Awards last November for her role in Support the Girls, will be hosting the BET Awards for the first time.

She joins the ranks of A-list entertainers who’ve emceed in the past, such as Jamie Foxx, Tracee Ellis Ross, Leslie Jones, and Mo’Nique. And just because this star is having the most phenomenal year with all the roles she’s played and the awards she’s received doesn’t mean Regina is in a rush to share her accomplishments with a man.

Regina was once linked to rapper Common.

Regina is super private about her personal life, especially when it involves romantic affairs. Back in 2016, she was linked to her Barbershop: The Next Cut co-star, Lonnie Lynn Jr., better known as Common.

However, the rapper quickly cleared up those dating rumors, saying, “That’s just my people — that’s just my buddy. We never were in that space — you know, that’s just like somebody I care about as a friend. We worked together and right now I’m just single, so.”

Regina wants kids and a family.

Although there wasn’t much truth to the rumors that Regina and her co-star were anything more than friends, the star did admit in an interview with Madame Noire that she would like a partnership and family. But who could blame Regina for putting her career first?!

“I want a family,” she said. “I look forward to having kids one day, and having a great partnership.” She went on to mention that she would love to have a son: “I’d love to raise a son. I think I’d like to offer the world an amazing black man.”

Her close friendship with Sanaa Lathan has raised speculation Regina is gay.

While Sanaa and Regina have never claimed to be anything more than best friends, that didn’t stop people from talking when Regina, who has known Sanaa since they played sisters in Love and Basketball, moved in with Sanaa while her own home was getting repairs. However, it seems most likely the bond between the two is sisterly, both on-screen and off.

Regina, who is a vocal supporter of the queer community, has said she would never deny being in a relationship with a woman if it were true. “If I was with a woman, that wouldn’t be anything I’d be ashamed of or try to hide,” she told NewNowNext in 2019. “It wouldn’t be Sanaa, though, because she’s like my sister”

The rumors don’t bother her, though. In fact, she thinks they’re cute, which is probably why she doesn’t go out of her way to deny them. If she were to consider dating a woman, however, her No. 1 pick is Rihanna. Good taste!

Who has Regina Hall been linked to?

Regina Hall was been in a relationship with Aaron Afflalo in 2015.

She was also romantically linked to Félix Sánchez.

She was linked to Hill Harper as well.

Regina Hall is rumoured to have hooked up with Chadwick Boseman in 2018.