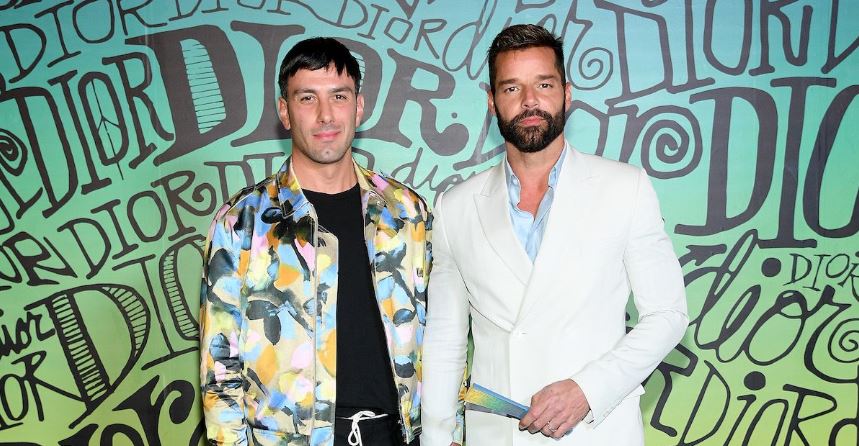 Is Ricky Martin still married to Jwan Yosef? Ricky Martin and his husband hope to add more children to their family of six.

When Ricky Martin publicly came out in 2010 — and then went on to become a single father of twins as a single, gay celebrity — it was a pretty big deal. The “Livin’ La Vida Loca” singer has since married the love of his life, and they’ve welcomed two more children together. But who, exactly, is Ricky’s husband anyway?

Keep reading to learn all about the Latin singer’s spouse.

Ricky Martin and his husband Jwan Yosef have been married since 2017.

In a modern-day love story, Ricky and his husband Jwan (a Syrian-born Swedish painter and artist) first met via Instagram when the singer stumbled upon the artist’s work.

“I’m scrolling and I see this beautiful piece of art and I’m like, ‘Whoa, how cool! Who’s this?’ Then I start checking and all of a sudden I’m like, ‘Ooh, ooh.’ And then I wrote to him,” Ricky explained on SiriusXM Radio Andy.

The pair communicated via DM for six months before they ever spoke to one another.

“We talked about art — nothing sexy … I swear, nothing sexy. It was all about art and life in general. He used to live in London, I went to London and I met him,” Ricky said.

Ricky and Jwan started dating back in 2016 and by November of that year, the “She Bangs” singer revealed they were engaged during an appearance on The Ellen DeGeneres Show.

The couple low-key tied the knot in 2017 — something that Ricky didn’t publicly share until after the fact.

“I’m a husband, but we’re doing a heavy party in a couple of months, I’ll let you know,” he told E! News in January 2018. “We exchanged vows, and we’ve swear [sic] everything, and we’ve signed all the papers that we needed to sign, prenups and everything.”

He added, “It feels amazing! I can’t introduce him as my fiancé. I can’t. He’s my husband. He’s my man.”

Ricky Martin currently has four children — and he hopes to have even more with Jwan.

Ricky welcomed his twin boys, Matteo and Valentino, as a single father in 2008. After he and Jwan tied the knot, they added a daughter, Lucia, to the family in December 2018, followed by a son, Renn, in October 2019.

In case you were wondering, he Ricky and Jwan do hope to add to their family in the future.

“Yes, we want more. There are embryos frozen,” the told People in June 2021. “I remember every Sunday in my grandparents’ house — we were 34 grandkids. I always said, ‘One day, I want to open the door to my house and see many kids running at me saying, ‘Daddy, Daddy, Dad!’ That’s something I’ve always dreamed of.”

During a June 2021 appearance on The Ellen Show, Ricky shared that his daughter definitely isn’t his biggest fan when it comes to singing.

Another big milestone for Ricky in June 2021? He graced the cover of People Magazine‘s Pride Issue!

“I’m very happy. People ask me, ‘How do you feel [about being on the magazine cover?’ Well, you know what, every time I have the opportunity to No. 1, talk about my family and let the world know that we’re good people, and how we feel and love is really— I just wanna normalize families like mine,” he told Ellen DeGeneres of the honor.

Ricky continued: “It’s very interesting, but a lot of people tell me, ‘Ricky, thank you so much just for posting that picture with you and your husband and your kids. That made me feel better about myself.'”