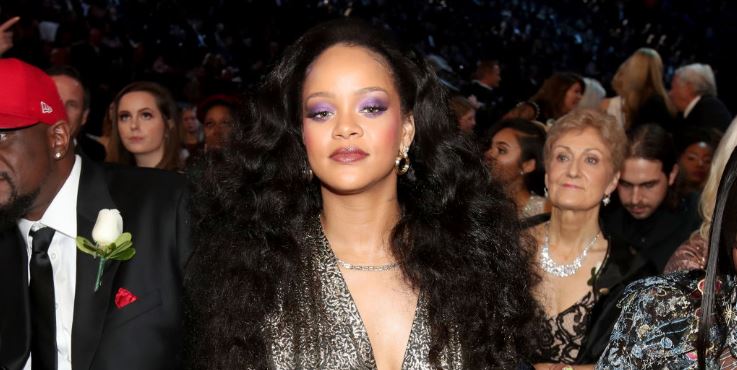 Rihanna may be a Bad Gal, but she still knows how to use her manners.

A new exclusive from Page Six reveals that the new mother didn’t hesitate to help staff tidy up for the evening after she and a group of girlfriends dined into the morning hours at Michelin-starred restaurant, Caviar Russe, on Thursday (September 1).

Rihanna and her entourage of six other pals asked the hotspot to stay open to allow them to enjoy some late-night bites. As per usual, the 34-year-old stepped out in style, donning oversized cobalt blue No Limit Records Jersey, worn over baggy light wash jeans, lace-up pointy heels, and jewelry from Tiffany & Co.

A spy for Page Six informed the outlet that the “Needed Me” songstress ate caviar and sashimi bites paired with champagne to drink until 2 AM, at which time Rih was “seen helping the waitstaff clean up and push the bar stools back into place since she stayed so late.”

This isn’t the only New York City outing that the Fenty Beauty founder has been spotted on as of late. Just last week, she and her beau A$AP Rocky hit up Richie Akiva’s new members-only spot, The Ned, where the pair was described as looking “chill and definitely happy” by a source who noted Rihanna “looked amazing.”

Back in July, Rihanna and Rocky wore coordinated navy ensembles for their New York City date night, prompting plenty of conversation about how good the Barbadian starlet looks just months after giving birth to her first child.