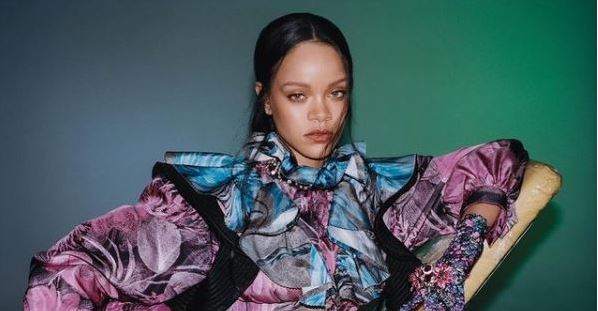 Forbes has updated Rihanna’s net worth and she is now worth $1.4 billion–making her America’s youngest self-made billionaire woman. Read on to see her accomplishments.

The youngest self-made billionaire woman in the U.S. didn’t grow up in a Manhattan high-rise or the Hollywood Hills. Instead, Rihanna amassed her fortune from her own music and entrepreneurial ventures.

Recently, the 34-year-old singer and Fenty Beauty CEO graced Forbes’ annual list of America’s richest self-made women for the third year in a row. She ranked 21st overall and is the list’s only billionaire under the age of 40. Some of Rihanna’s $1.4 billion net worth is from her successful music career. Most of it is from her three retail companies: Fenty Beauty, Fenty Skin, and Savage X Fenty.

In March, Bloomberg reported Savage X Fenty lingerie was working with advisors on an IPO that could potentially be valued at $3 billion. Rihanna owns 30% of that company. She also owns half of Fenty Beauty, which generated $550 million in revenue in 2020. The other half of the company is owned by the French luxury fashion conglomerate LVMH.

The numbers are impressive, but Rihanna has said that her focus isn’t on valuations and accolades. In 2019, she told The New York Times’ T Magazine that because she never planned on making a fortune, reaching financial milestones was “not going to stop me from working.”

The nine-time Grammy Award winner also said she wants to give that money away to causes that matter, anyway. “My money is not for me; it’s always the thought that I can help someone else,” she said. “The world can really make you believe that the wrong things are the priority, and it makes you really miss the core of life, what it means to be alive.”

In 2012, Rihanna started a philanthropy fund, the Clara Lionel Foundation (CLF). It aims to “support and fund groundbreaking education and climate resilience initiatives,” according to its website.

One of its first initiatives, which launched a year after the foundation began, raised $60 million for women and children affected by HIV/AIDS through sales from the singer’s lipstick line with MAC Cosmetics. And in January, CLF paired up with Twitter co-founder Jack Dorsey’s #SmartSmall initiative to donate a combined $15 million to 18 different climate justice groups.

That money is meant for organizations “focused on and led by women, youth, Black, Indigenous, people of color and LGBTQIA+ communities” in the U.S. and Caribbean, according to CLF’s website.

“At the [CLF], much of the work is rooted in the understanding that climate disasters, which are growing in frequency and intensity, do not impact all communities equally, with communities of color and island nations facing the brunt of climate change,” Rihanna said in a January statement.

How much is Rihanna worth right?

Rihanna is a Barbados-born singer, songwriter, actress, and entrepreneur who has a net worth of $1.4 billion, per Forbes. The singer is still a billionaire in 2023 and made her fortune from music, and cosmetics.

According to Forbes’ real-time billionaires’ list, Riri is the 2083rd richest person on earth and the 21st American self-made.

Celebrity Net Worth pegs Rihanna’s net income at $1.7 billion and makes a salary of $70 million per year. It makes her country’s youngest self-made millionaire woman, the wealthiest female musician, and one of the richest singers globally.