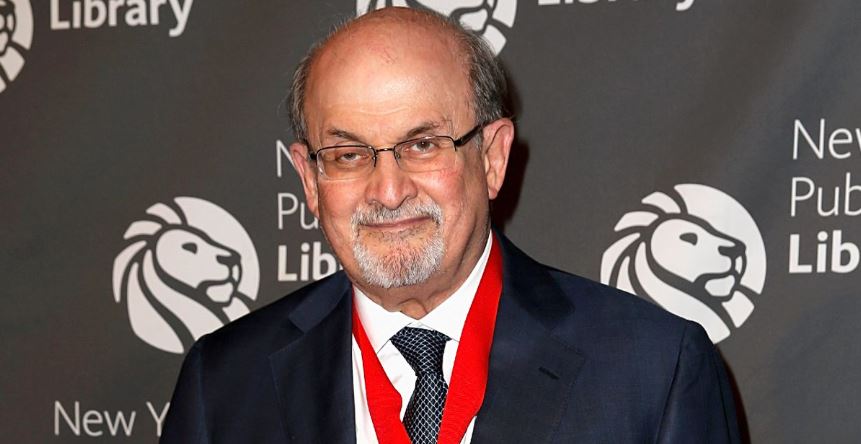 Author Salman Rushdie has long been a subject of controversy in the Muslim world following the publication of his book, The Satanic Verses.

As a Muslim who grew up in America and spent six years in a private Islamic school, I’m well-acquainted with what my elders were quick to point out as discrimination against constituents of our religion. They’d point to how Muslims were wrongfully blanket-painted as terrorists, citing similar atrocities committed in the name of religious strife.

I’m also well-acquainted with the ire geared towards Salman Rushdie and the controversy surrounding his 1988 novel The Satanic Verses, which broke a cardinal sin of our religion.

What was the controversy behind ‘The Satanic Verses?’

In order to understand why so many folks were up in arms about Rushdie’s book, it’s important to understand one of the primary foundations upon which Islam is built, and that’s the infallible message the Holy Quran is supposed to contain.

There are five basic tenets or “pillars” of Islam:

The Quran was essentially introduced as a retroactive continuity (retcon) of sorts to previous monotheistic religious texts. It mentions that Jesus (Isa) wasn’t the son of God but one of his messengers, and he ended up being worshipped by his constituents because of his efficacy as a group mobilizer/community leader. The Quran, textually, has more stories of Moses (Musa) than any other prophet and contains many similar messages/traditions as the Old Testament/Torah.

What distinguishes Muslims from Jews and Christians, however, is the belief that Muhammad was an infallible messenger of God, and carried that final message to all of mankind to get their stuff together — or else face the consequences of eternal hellfire.

If you doubt that there’s any validity to this message, then you’re not a Muslim. And if you insult the prophet, well, that’s a no-go as well.

Many believed that Rushdie’s work did both, as the novel was inspired by the life of Muhammad yet the narrative was brought into contemporary times. The book’s title, The Satanic Verses, directly refers to Chapter (Surah) 53 of the Quran, in which there are alleged words of “satanic suggestion” in reference to the pagan goddesses al-Lat, al-Uzza, and Manat.

It’s been argued that during the Prophet Muhammad’s lifetime, these verses allowed Muslims to pray to these “daughters of Allah,” as some called them. However, it’s been alleged that these verses actually came to Muhammad through Satan, and by mistake, Muhammad believed it was a divine revelation and wound up acting in the interest of mankind’s greatest enemy.

These allegations have largely been rejected by Muslim scholars who cite isma, a concept that implies Muhammad was perfect and could never have been fooled by Satan.

Since worshiping other deities aside from Allah breaks one of Islam’s fundamental pillars, Rushdie’s reference to these alleged verses — along with his suggestion that the “Muhammad” character is flawed — was highly controversial, especially coming from a writer who was born into an Indian Kashmiri family.

Rushdie’s work was construed as an attack on the validity of the Quran itself and as an insult to the integrity of Muhammad. Muslims were further angered by the character’s name — Mahound — which was a derogatory name for Muhammad during the Crusades, cementing Rushdie’s disdain for Islam in many people’s eyes.

A fatwa was issued against Salman Rushdie as a result of ‘The Satanic Verses.’

On Valentine’s Day 1989, Iran’s Ayatollah Rouhollah al-Mousavi al-Khomeini issued a fatwa calling for the death of Salman Rushdie and the publishers who sold The Satanic Verses. He cited religious duty behind his reasoning, however, there’s nothing in traditional Sharia law that states insulting Muhammad is a punishable offense.

There is, however, a verse in Surah At-Tawba that states, “Those who hurt God’s messenger have incurred a painful retribution.” But that “retribution” referenced in the context of the Quran is an allusion to suffering in the afterlife, not a call for Muslims to murder people.

The reasoning behind Khomeini’s fatwa against Rushdie could very well be rooted in the “majority” of Muslim jurists’ rulings for apostasy. Since Rushdie comes from an Islamic lineage, his comments could be perceived as apostasy — also known as the formal renunciation of a religion — which likely spurred the fatwa against the author which lasted for more than 30 years.

Salman Rushdie was stabbed on stage in NYC.

Over the decades, there have been many attempts to kill Salman Rushdie, but on Aug. 12, 2022, came the most terrifying incident yet. While onstage about to begin a lecture at the Chautauqua Institution in New York, a man rushed the stage and stabbed Rushdie multiple times in the neck and torso. He was airlifted to a hospital in nearby Erie, Penn., where he is currently undergoing surgery as a result of his injuries.

Thankfully, Rushdie is expected to survive the attack, however, not everyone named in the fatwa has. The Satanic Verses Japanese translator, Hitoshi Igarashi, previously died in 1991 as a result of the fatwa. Others have been seriously injured.

The Biden administration, like Barack Obama’s, has publicly spoken out against Iran and has mentioned a possible war with the country on numerous occasions.