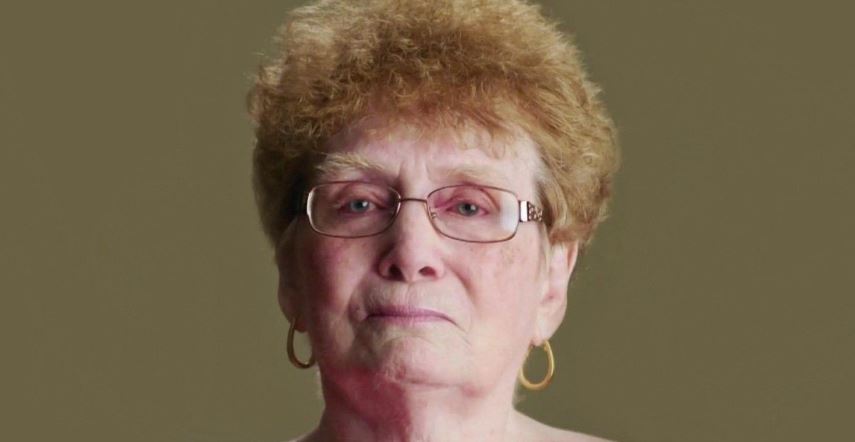 Think of one of your dear relatives, maybe a more reserved one. Go on, think of them. Whether you believe you know them inside and out, the essence of their whole being, or see them as more of an acquaintance, they’re still your family. OK, now imagine that you’re burdened with the discovery that the said family member is a barbarous serial killer. That they targeted primarily queer men of color. That they preserved human heads in their grimy refrigerator and succumbed to their gruesome cannibalistic fantasies to feel closer to their victims.

While it sounds far-fetched, this is what the Dahmer family, including stepmother Shari Dahmer, had to come to terms with in July 1991, when the depraved and infamous serial killer Jeffrey Dahmer was finally caught in Milwaukee, Wisc.

In Ryan Murphy and Ian Brennan’s highly-anticipated Netflix series Monster: The Jeffrey Dahmer Story, viewers find out how Jeffrey got away with murder for over a decade, slaughtering 17 boys and young men during his sickening spree from 1978 to 1991. The miniseries unfold from the perspective of the victims and point to the injustices — including racism and homophobia, as mentioned by star Evan Peters — that allowed him to commit heinous crimes for so long.

And though Monster: The Jeffrey Dahmer Story focuses on victims, suspicious, outspoken neighbors — like Glenda Cleveland — and police incompetency and negligence, the appearance of a particular member of Jeff’s family, stepmother Shari, has sparked interest in true-crime nerds. Where is she today?

After divorcing Joyce Flint, Lionel Dahmer married Shari in 1978, as detailed by The Cinemaholic. Jeffrey was 18 at the time.

As for what Shari thought of Jeffrey, well, she knew that he was neglected in some regard. “What I wanted to do, and what most people wanted to do, was mother him. He was just vulnerable. Even if I wasn’t his stepmother all his life, as a mother you sense those things,” she said during Oxygen’s two-part 2017 documentary Dahmer on Dahmer.

And not only was Shari perceptive when it came to Jeffrey’s quiet need for affection, but she also picked up on his alcohol addiction, which began in Jeffrey’s early teens.

“The only thing that became obvious by sheer accident — I came home early one day, and he was passed out on the bed drunk,” she told Larry King on Larry King Live back in 2004. “And then I found out that he had been in the liquor cabinet, and he would replace the empty bottles with water. So he was a closet alcoholic. That’s the only thing that flagged.”

Though Shari wasn’t suspicious of any disturbing, sadistic behavior (aside from a string of earlier arrests, one involving him pulling a gun out in a bar), she still checked Jeffrey’s Milwaukee apartment — the hell that was room 213 in the Oxford Apartments — during a visit.

“When I went to Jeff’s apartment, I went through his refrigerator and his bathroom. I pulled back the bathroom’s shower curtain. At that point, his apartment was perfectly clean. Spotless,” she stated in Dahmer on Dahmer. However, it isn’t clear what year this occurred.

Where is Shari Dahmer today?

Despite his horrific actions, Shari stood by Jeffrey after he was caught in 1991. She regularly visited him in prison, where he was supposed to serve 15 life terms. However, he was bludgeoned to death by fellow Columbia Correctional Institution inmate Christopher Scarver on Nov. 29, 1994.

With maternal instincts radiating from her, Shari — who didn’t change her name — never defended Jeffrey’s actions, never sympathized with him, but she does empathize with him. For the sake of humanity, of course.

“We must look into what he has done and why he has done it. So, again, if we understand more about Jeff and empathize only in what created this monster, then perhaps we can in fact help prevent the monsters in others.”

Today, 81-year-old Shari is alive and lives a quiet life with her husband, 86-year-old Lionel, in Seville, Ohio.

“We’re no different than anyone else in the world… Nobody bothers us here, nobody picks on us. We’ve been here 17 years and we’re part of the neighborhood, no more, no less,” she relayed in Dahmer on Dahmer.

Shari is played by none other than ’80s legend Molly Ringwald, who we know from classics like The Breakfast Club and Pretty in Pink.

And according to Decider, she’s just getting started in the Ryan Murphy universe, as she’s confirmed to play Johnny Carson’s second wife, Joanne Carson, in Season 2 of Feud.

Set in the ’70s, the season will center on renowned American novelist Truman Capote, specifically on his juicy roman à clef short story “La Côte Basque, 1965.” The drama-infused story — which spilled the tea on New York’s elite — was published in Esquire back in 1975.