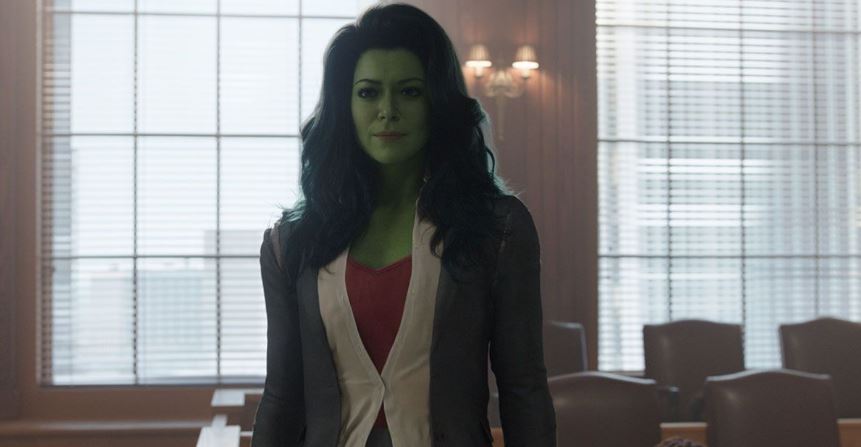 She-Hulk Is a professional lawyer in the MCU — Is she a Prosecutor or a Defense Attorney?

When it comes to the heroes of the Marvel Cinematic Universe, a select few of them treat their superhero gigs as a side hustle to their actual day-to-day life. For heroes like Spider-Man and Ms. Marvel, they must try to strike a balance between saving the day and maintaining a good GPA in high school. Then there’s She-Hulk (Tatiana Maslany), a newly-appointed Hulk who actively rejects the hero label in order to pursue a career as a lawyer.

While she’s not the only Marvel hero who flaunts a law degree, Jennifer Walters ends up making a splash in the first episode of She-Hulk: Attorney at Law after publicly “Hulking out” right before her closing arguments during a case. She actively rejects the idea of becoming a superhero to pursue her calling as a lawyer, but she soon finds herself having to balance both lifestyles.

She was a reputable lawyer before becoming a Hulk, but is she a defense attorney or a prosecutor?

Is She-Hulk a defense attorney or a prosecutor?

Before accidentally becoming cross-contaminated with radioactive blood that changes her into a Hulk, Jennifer Walters was a successful lawyer. She works for the fictional firm Goodman, Lieber, Kurtzberg & Holliway. Eagle-eyed viewers may have noticed her law degrees from the University of California as well a title on her office door that reads “Deputy District Attorney.” She specializes in cases having to do with superpowered individuals, whether she represents them or prosecutes them.

Her banter with work colleagues Nikki Ramos (Ginger Gonzaga) and Dennis Bukowski (Drew Matthews) seems to suggest that Jennifer is a prosecutor, one who conducts cases against defendants in a criminal court. Her status as a deputy district attorney at GLK&H also indicates that she is a prosecutor. Outlets like Medium report that district attorneys (and by extension, DDAs) typically work against defendants.

Fans of the comics, however, know Jennifer Walters to operate as a defense attorney. A Quora thread suggests that She-Hulk is an “omnidisciplinary lawyer,” one who can operate as either defense attorney or prosecutor depending on the situation. Other comics more clearly define her as a defense attorney, with her status as a superhero leading her to defend others both from world-ending disasters and from prosecution in court.

In the comics, She-Hulk lends herself more to defense than prosecution. As for the new MCU series, her true calling as a lawyer remains to be seen. As a self-proclaimed “lawyer show,” the series will continue to explore Jennifer as she advances in her career, albeit while balancing her work with her Hulk tendencies.

New episodes of She-Hulk: Attorney at Law stream every Thursday on Disney Plus.