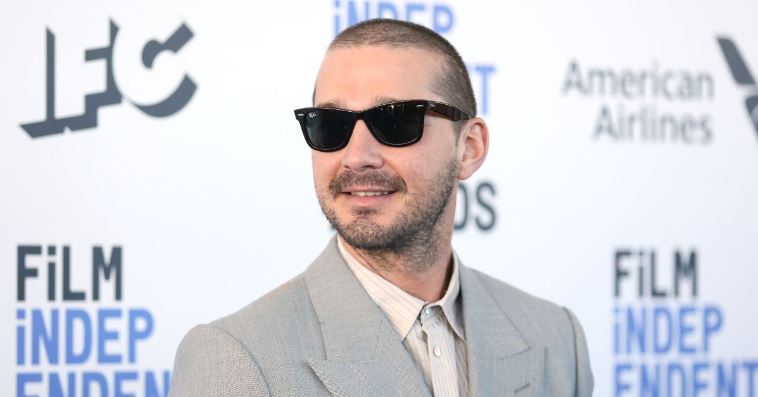 When it comes to keeping track of who’s dating who, celebrities who got their start as child actors probably have it pretty rough. The attention and speculation start at a young age and don’t really stop even after they reach adulthood. We definitely understand why so many actors who got their start as children keep their private lives private. In that regard, Shia Labeouf is no different.

It seems as though Shia prefers to stay pretty mum about his personal relationships. Of course, that doesn’t keep people from wondering about who his girlfriend is right now. If you’re here to find out who the star of The Tax Collector is currently dating, we might be able to help with that.

Who is Shia LaBeouf’s girlfriend now?

According to several sources, Shia LaBeouf’s current girlfriend is also his former wife. That’s right, it’s looking as though Shia and Mia Goth might be back together. According to Metro UK, Shia and Mia were spotted working out together in a Pasadena, Calif. park in March of 2020.

If you’ve been keeping track of Shia’s dating record, you’ll know that he and Mia have quite the history. The two first met back in 2012 while filming Nymphomaniac. In October 2016, they (kind of) got married in Las Vegas with a ceremony officiated by an Elvis Presley impersonator. It was later revealed that Shia and Mia weren’t legally married and that the ceremony had been a commitment ceremony.

That being said, in September of 2018, Us Weekly announced that the couple had separated and filed for divorce. In a statement shared with People, Shia’s rep said, “Shia and Mia have filed for divorce. The separation is amicable and all details pertaining to the divorce proceedings will remain private.”

Fast forward to March 2020, and it looks as though Shia and Mia may have reunited. Rumors that the two had reconciled first began swirling back in February when Shia attended the Oscars and was apparently wearing his wedding ring. When Mia and Shia were spotted together in March, they both appeared to be wearing wedding rings.

Following the divorce (and prior to the apparent reunion), Shia was romantically linked to a few different women. Perhaps the most prominent relationship was with FKA Twigs. The two met on the set of Honey Boy and dated for approximately nine months before breaking things off in June 2019. At the time of their breakup, E! News reported that FKA Twigs’ demanding schedule had made it difficult for the two of them to maintain a relationship. However, additional details about the relationship came to light in December 2020.

In December of 2020, FKA Twigs sued Shia, claiming he had physically abused her, tormented her, and knowingly given her a sexually transmitted disease. The details outlined in FKA Twigs’ case are quite horrific. She claims that Shia once slammed her against a car and attempted to strangle her. She says he also once pulled out a pistol while they were driving and claimed to have killed stray dogs because he wanted to know what it felt like to take a life (per TMZ).

Shia obliquely addressed these allegations in an email to The New York Times, writing, “I’m not in any position to tell anyone how my behavior made them feel. I have no excuses for my alcoholism or aggression, only rationalizations. I have been abusive to myself and everyone around me for years. I have a history of hurting the people closest to me. I’m ashamed of that history and am sorry to those I hurt. There is nothing else I can really say.”

Who else has Shia dated?

Prior to dating (and marrying, and divorcing) Mia Goth, Shia was romantically linked to several other fellow celebrities, including Megan Fox, Amber Tamblyn, Carey Mulligan, Isabel Lucas, and Kate Mara. He also dated stylist Karolyn Pho from 2010 to 2012. In 2009, Shia revealed that he had gone on one date with both Rihanna and Hilary Duff.