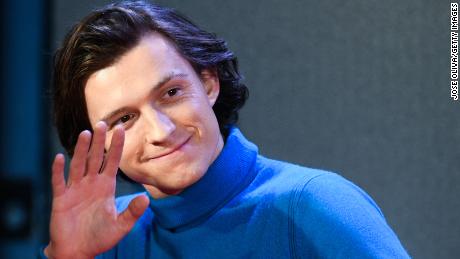 Tom Holland is taking a break from social media due to its “detrimental” effect on the “Spider-Man” actor’s mental well-being.

Tom Holland says that he’s deleting his social media apps, for the time being, explaining in a video on Instagram that they’ve had a “detrimental” effect on his mental health. Holland received support from Justin Bieber, KYLE, and more in the comments section.

“I have taken a break from social media for my mental health because I find Instagram and Twitter to be overstimulating, to be overwhelming,” the actor shared. “I get caught up and I spiral when I read things about me online, and ultimately, it’s very detrimental to my mental state. So I decided to take a step back and delete the app.”

Holland also voiced his support for Stem4, a U.K.-based charity committed to raising awareness about teenage mental health. Holland backs the charity through his own organization, The Brothers Trust.

Justin Bieber wrote in response, “Love you man,” with a heart emoji while KYLE added, “love u dude.”

“There is an awful stigma against mental health and I know that asking for help and seeking help isn’t something that we should be ashamed of, but it is something that is much easier said than done,” Holland continued.

Holland’s partner, Zendaya, has also spoken out about the negative effects of social media, admitting to People, last year, that the platforms make her “anxious.”

What is Tom Holland’s net worth and salary?

Tom Holland is an English actor and dancer who has a net worth of $25 million. He is best known for his role as Peter Parker/Spider-Man in the Marvel Cinematic Universe, having also appeared in the title role in “Billy Elliot the Musical” in London’s West End. He received the BAFTA Rising Star Award in 2017.

He regularly earns a base salary of $4 million to $5 million per movie, but rumors have it he grossed roughly $10 million for “No Way Home,” per The U.S. Sun.

Tom earned $250,000 to briefly appear as “Spiderman in Captain America: Civil War”. He then earned a $500,000 base salary for “Spiderman: Homecoming”… with his eventual paycheck topping $1.5 million with bonuses. He earned $3 million for his appearance in 2018’s “Avengers: Endgame.” Today his standard base salary for a single film appearance is $4-5 million.