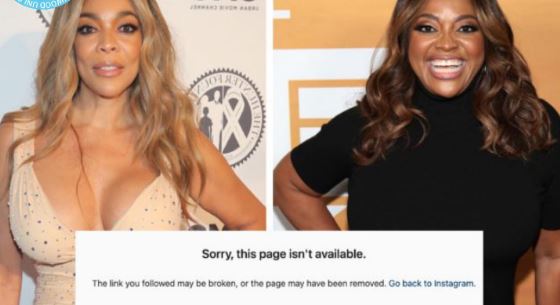 Wendy Williams’ official social media handles are reportedly being rebranded for Sherri Shepherd’s upcoming talk show, it has been reported.

Fans will have noticed how the former TV personality’s wendyshow Instagram page disappeared last week, along with her YouTube channel, which had amassed well over 100 million views thanks to its popular Hot Topics segment and countless celebrity interviews.

And while most people would have assumed that Wendy would be able to keep access to the accounts now that her talk show has ended, a new report via The Jasmine Brand claims that the social media handles are being rebranded ahead of Sherri Shepherd’s talk show debut in September.

While there was no mention of whether Sherri would also use Wendy’s YouTube channel to jumpstart her show’s first run, if she does, she will have already gained a heap of subscribers who were previously subscribed to watch clips from the Wendy show.

An insider alleged, “The plan is to rename Wendy’s official accounts for Sherri Shepherd. Thus, Sherri’s show will debut with millions of social media followers who are really Wendy’s.”