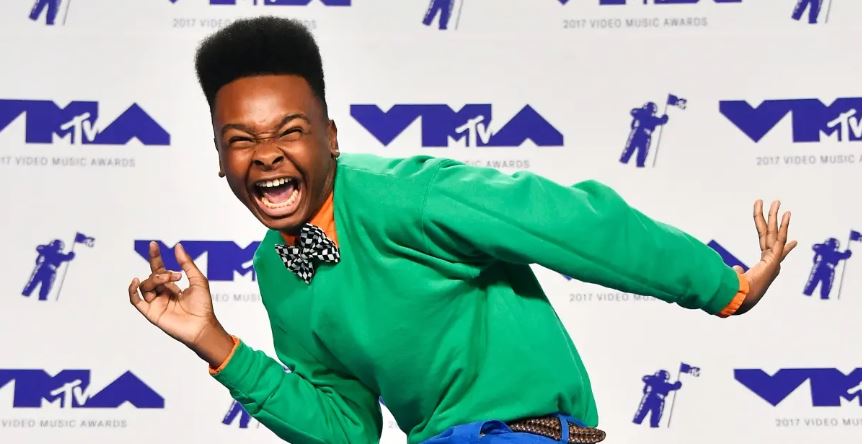 Jay Versace, known on the internet as Meme King has made a switch in his profession from being a comedian – What does he do now?

Unless you’ve been living under a rock, you’ve been introduced to the internet’s meme king, Jay Versace.

It seems like only yesterday when Jay went viral on the now-extinct short-form video platform, Vine, and was dubbed America’s favorite kid.

Now, he’s all grown up. On Tuesday, Jan. 24, 2023, the influencer celebrated his 25th birthday. But what’s he up to these days? Here’s what we know about the Vine star.

So, where is Jay Versace now? Here’s a 2023 update on the former Vine star.

Thanks to Jay, there’s a meme for every mood.

Although he was famous for his humor, as of this writing, Jay has officially retired from the funny business. In an interview with Rolling Stone, Jay broke down the real reason why. According to him, after years of making people laugh, Jay realized that he wasn’t really happy.

“There had to come a moment where I literally looked in the mirror one time. And I was seeing myself as a little kid and I was like, ‘He don’t like this’,” Jay told the outlet.

It was then that Jay gave up comedy and changed lanes. “I just really had to look at myself outside of the fame, the followers, all that. I’m like, ‘What does he want?’ I was like, ‘He does not want to do this,’ and I literally stopped,” he added.

Today, Jay is determined to make his younger self proud through his other talents. And in recent years, he has done exactly that.

Jay proved that he’s a jack of all trades when he won a Grammy for his work on Tyler the Creator’s Call Me When You Get Home.

Recently, Jay worked with yet another industry heavy hitter. SZA, a longtime friend, tapped the producer for her new album. Jay produced not one, but two songs for the project — “Smoking on my Ex Pack” and “SOS.”

“It was probably a few years ago, where she was just like, ‘I’m about to do my album. Come to the studio and play me some beats,’” he told Rolling Stone. “She was just like, ‘I need you on my album,’ and we were just trying to figure it out, but I was still learning my sound.”

Lo and behold, with patience and time, their collab came to be when SZA released her second studio album in December 2022.

In the past, Jay has also produced songs for Tyler the Creator, Lil Yachty, and Westside Gunn.