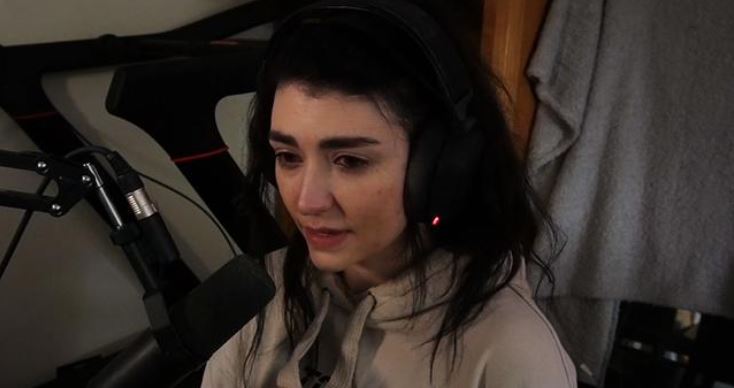 Twitch partner Wolfabelle went live with tears in her eyes on September 10 as she explained how a stalker had been blackmailing her for a week demanding sexual favors in exchange for keeping her personal information a secret.

Female Twitch streamers are often the victim of extreme viewer reactions as shown by the various incidents involving their stalkers.

These are very scary and unsettling situations that streamers often find themselves in. And a distraught Wolfabelle recently opened up to her viewers about a situation she is going through involving a stalker demanding sexual acts while threatening to leak her private information.

On September 10, Wolfabelle started her stream by detailing how she had been dealing with a stalker for the past week. In a new setting and in an emotionally vulnerable state, she explained how the stalker had been threatening to leak her personal information.

“For the past week or so, I’ve been dealing with a stalker,” she claimed. “That has been constantly threatening to leak a bunch of my information, my private life, and basically dox me unless I complied with their sexual demands.”

Wolfabelle said the situation was scary and stressful, but she confirmed she hadn’t complied with the stalker’s demands.

“Obviously, I’m never gonna comply to that sh*t in a million years. But they know my address. They sent me a picture of my flat. That’s obviously a big privacy threat.”

She also confirmed that she had been taken in by friends and was no longer staying at her normal place of residence. She would be streaming from her friend’s living room for the time being until she is able to move into a new flat.

Wolfabelle stated that she had been in contact with law enforcement personnel and giving them daily updates.

She also stated that streams wouldn’t stop on account of the situation, and thanked her viewers for sticking around in a time of need.

If you, or someone you know, are dealing with the threat of a stalker, here are some resources to help identify and address the situation. The Victim Connect Resource Center and National Center for Victims of Crime offer resources for victims of stalking in the US. Women’s Aid offers resources for victims in the UK, and they are also encouraged to take the necessary steps to properly report their stalkers.