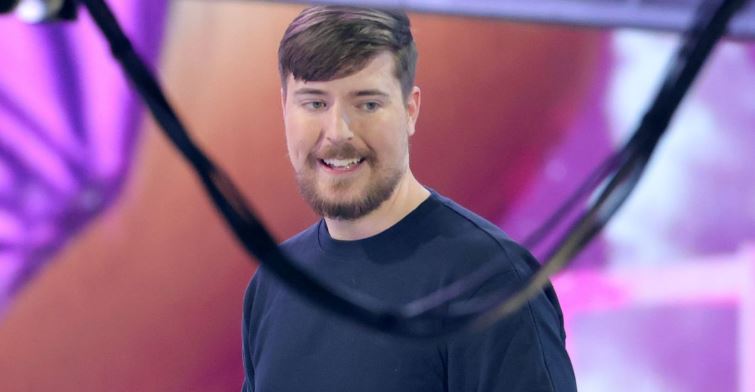 YouTube star Jimmy ‘MrBeast’ Donaldson gave an exclusive tour around his incredible studio layout with its total worth amounting to $14 million.

MrBeast is well-known for his big-budget YouTube videos. If he’s not spending millions on the production side, he’s giving away a whopping amount of money and prizes to overjoyed contestants.

So, it’s no surprise that MrBeast needs a huge team of people and a wide variety of resources at his side to create his big-scale projects.

He gave popular YouTuber Arun Maini (a.k.a Mrwhosetheboss) a guided tour around his incredible studio complex reportedly located in Greenville, North Carolina, and viewers were astounded to learn that the entire setup is worth nearly $14.2 million. However, with a massive collection of high-end tech and sets behind the scenes, it’s no surprise.

MrBeast gives an exclusive tour of his studio

MrBeast gave Maini a personal tour around his studio layout as he was in the process of making his ‘100 Girls Vs 100 Boys For $500,000‘ video. MrBeast claimed that he’d “never shown the behind the scenes of [his] baby like this before.”

He started off by showing how one of the warehouses used to film his projects contains multiple floors of rooms and office spaces, many of which contain top-of-the-range TVs. Maini also got a look at the Camera Room which houses an estimated $1.3 million worth of high-end camera gear.

Getting a little more personal, MrBeast shared a brief look at his own apartment in the building where he showed off his giant fridge and heated toilet seat.

The 24-year-old then headed over to his “top secret” Server Room where “all the projects that they are ever working on” are stored. He claimed the total cost of the giant computer was $400k.

However, MrBeast then guided Maini over to his second studio in the complex which is home to yet another bundle of studios that the team uses for filming. Not to mention, it holds a large room containing all the wild props and costumes that have been used in MrBeast’s content.

Viewers were understandably astounded by the amount of money behind MrBeast’s studio setup. Although, with the YouTuber hitting the 100 million subscriber milestone on the platform, it certainly is paying off for him.