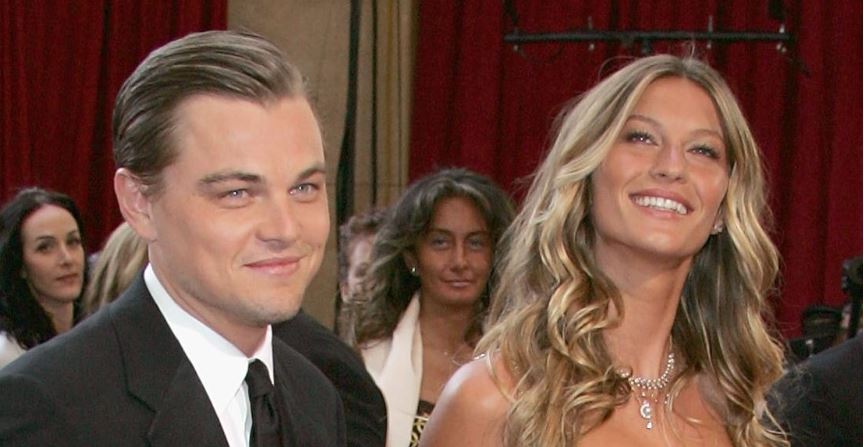 Leonardo DiCaprio has dated more than a few Supermodels during his decades-long career, Here’s a look at all the women he has dated.

Leonardo DiCaprio’s dating history has been eventful, to say the least. However, it seemed that he had finally found love with his girlfriend — Death Wish actress Camila Morrone. But on Aug. 31, sources confirmed their breakup. This shows that nothing lasts forever, and this has proven to be especially true for celebrity couples.

Following the announcement, the internet was flooded with memes as Leonardo found himself at the center of controversy. According to a recently resurfaced chart on social media, he has never dated a woman over 25. So, who else has the Oscar-winning actor dated? His list of ex-girlfriends is pretty long.

Check out the chart that claims that Leonardo DiCaprio has never dated a woman over the age of 25.

In 2019, a user named u/TrustLittleBrother created a detailed graph that featured a long list of Leo’s ex-lovers. A preponderance of the evidence proves that as Leonardo gets older, the women he dates get younger.

Before the 47-year-old started dating Camila — who, by the way just turned 25 in June — he was spotted with 23-year-old German model Lorena Rae. However, his team maintained that the pair’s relationship was strictly platonic.

Going back even further in his dating history, he’s notoriously split with many of his exes right before or after their 25th birthday.

Who has Leonard DiCaprio dated? Read on for a list of his ex-girlfriends!

Since the start of his career, Leonardo has always been pretty tight-lipped about his personal life. At 19, he was believed to be coupled with 16-year-old model Bridget Hall. In the years that followed, he also had romantic ties to models Naomi Campbell, Kristen Zang, Eva Herzigová, Gisele Bündchen, and Bar Refaeli.

In 2011, he began dating Blake Lively. However, their relationship was short-lived as the two were only together for five months. After their breakup, he dated Victoria’s Secret model Erin Heatherton for nearly a year. He also dated Alesia Riabenkova, Toni Garrn, Kelly Rohrbach, and Nina Agdal before he was spotted in Monaco with his *friend* Lorena in 2017.

And finally, there was Camilla. Before their breakup, she addressed her and Leo’s 23-year age difference in an interview with the LA Times. She told the outlet, “There’s so many relationships in Hollywood — and in the history of the world — where people have large age gaps.”

“I just think anyone should be able to date who they want to date,” she added.

Sources said Leonardo DiCaprio and Gigi Hadid were dating after they were spotted together at 2022’s Fashion Week.

Sources have alleged that Leonardo DiCaprio and Gigi Hadid were dating after they were spotted together during Fashion Week.

According to Page Six, “The pair…were spotted hanging out at an exclusive party thrown by DiCaprio’s pal Richie Akiva and Darren Dzienciol at a loft in Soho.”

A source also told ET, “They were sitting in the dining room … and canoodling.” Neither party confirmed nor denied these dating rumors; however, if they did date, Leonardo DiCaprio added “dating someone over 25” to his list of accomplishments. Gigi Hadid was born on April 23, 1995, making her 27.

According to People, Leonardo DiCaprio might have a new flame. Actress Victoria Lamas, 23, is the daughter of actor Lorenzo Lamas. The duo were spotted grabbing dinner together on Dec. 27, 2022, in Hollywood, Calif.

However, some sources say that Leo is still casually seeing Gigi, telling People that the Titanic actor “is taken with Gigi.”