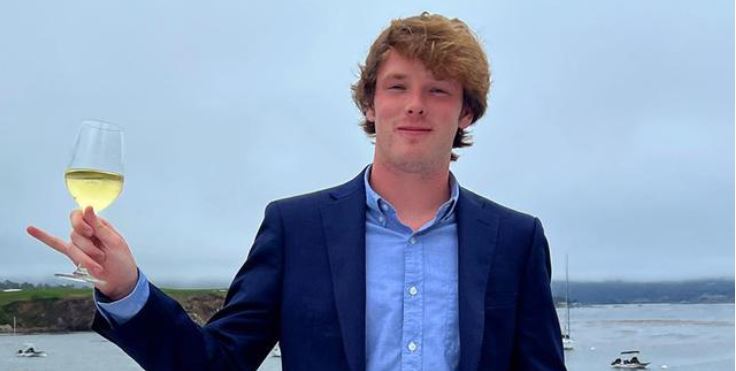 If you’re an active TikTok user, you’ve probably seen a video where the creator asks someone who drives an expensive car what they do for a living. That’s Daniel Mac, and here’s everything we know about him.

With over a billion monthly users on TikTok, creators have to find their unique niche in order to achieve insane popularity on the app.

ToTouchAnEmu and Angry Reactions are prime examples of this, as each has aspects about them or their videos that draw people in.

Daniel Mac has amassed over 13.2 million followers on the short-form video app…but how did he do it?

Who is Daniel Mac on TikTok?

Daniel rose to fame because of his videos on TikTok in which he asks random people his iconic question, “what do you do for a living?” As of 2022, he has 12.8 million followers on his TikTok account.

Daniel completed his schooling at a local school in the United States and graduated from Arizona University. He wanted to pursue a career in finance and got a job opportunity at a big brokerage firm also.

After completing his graduation, he had the perfect job, but the place where he lived had a lot of luxury cars, and when a person sees a luxury car the first thought that comes up is about the occupation of the owner that helped them buy an expensive car. This persuaded him to ask random people with luxury cars what they do for a living. He never thought of becoming a TikToker or social media influencer.

Daniel often goes to international events based on cars such as the World Premiere of Fast 9, Virgin Galactic’s SpaceShipTwo, and more. Because of his growing popularity, he signed as a representative of the talent agency CAA. This agency helped him to get deals from famous brands such as Bugatti, Formula 1, Chevrolet, and more.

Before TikTok, Daniel Mac was working at a big brokerage firm as he wanted to pursue his career in the finance industry. He never thought of becoming a TikToker, but his video went viral as people were interested in content like his.

With just 371 videos spread out over the last couple of years, Daniel Mac has definitely made a name for himself.

On his self-titled YouTube channel, he has 1.69 million subscribers and 1.7 million followers on his Instagram account. His content is the same across social media platforms and has encountered many celebrities as well in his videos. As per sources, he has dated a model and actress named, Taylor Beck.

To stand out from the rest, Daniel approaches the drivers of high-end super cars and simply asks them one question:

“Nice car, what do you do for a living?”

Daniel has made a name for himself since he began asking the infamous question and has secured a ton of well-known collaborations like this December 2021 video with Nadeshot and TikToker Angry Reactions.

On the day Logan Paul and KSI launched Prime Hydration, they uploaded a video together.

It even showcased their company van that sports the Prime logo across the sides.

On September 15, 2022, Daniel Mac uploaded a video where he asked US President Joe Biden the iconic question, although it’s safe to say that he already knew.

Biden even invited him to the White House, but the TikToker denied it.

That’s all we know about Daniel Mac. For more TikTok news and viral stories, head over to our hub.

What is Daniel Mac’s net worth?

Daniel Mac, popularly known as ItDanielMac on social media, is a 24-year-old American TikTok star, content creator, and YouTuber. As per sources, his estimated net worth is around $1 – $3 million, as of 2022.

His primary source of income is through his online social media presence. His other sources of income are sponsorships, promotions, and brand deals. As per sources, Daniel makes more than $150K every month, according to SportsKeeda.

As a TikTok influencer, he gets various promotional brand deals and shout-out offers, and considering his fan following, Daniel gets a good sum of money from those. As per sources, he gets $2 – $5 per thousand TikTok followers for the promotional and ad content. As per sources, Daniel earns $3,200 for every video on his TikTok account. He posts twice a week and according to this, he earns more than $300K annually from TikTok.