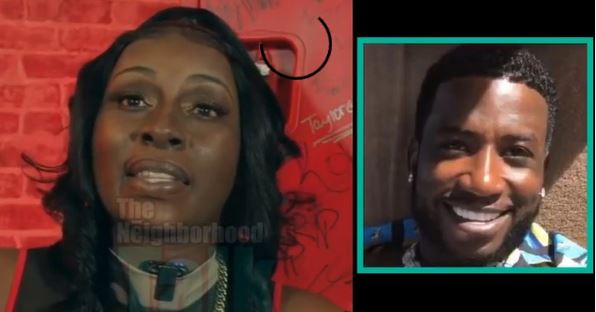 Gucci Mane and his ex-fiancé Cola Falana were together for 13 years, talking about their relationship, she said she left the rapper for his own good.

Cola Falana is an artist straight out of Southside Atlanta, Georgia– but she’s known for something other than music. Back in the day, she was in a relationship with legendary rapper, Gucci Mane, for 13 years. During an interview with The Progress Report, she reflected on their relationship, revealing details that no one, outside of them, had known.

When asked about what it was like to date “the real” Gucci Mane, Cola responded, “It was never a dull moment.” She continued by reminiscing on how their bond was similar to that of a brother and sister, “I used to live with his mama when he wasn’t there… the sh*t was gangsta. The sh*t was love.”

Being that they were together for nearly a decade, marriage had become an option for the two. “He ain’t get down on one knee,” Cola started, “it was just a hood proposal.” However, their engagement fell through, and Gucci ended up marrying his now-wife, Keyshia Ka’Oir.

When asked when was the last time they’d had a conversation, Cola stated, “The last time I talked to him was, probably like, a week before his wedding.” Respectful of his current relationship, Cola admitted that she was the one to cut things off. “It wasn’t no bad blood,” she continued to add, “It was just like… this is something we’ve got to do for each other so that we can grow.”

She concluded her answer by saying that Gucci probably didn’t respect her decision initially, but “it is what it is.

Watch the clip below, and check out the entire video where Cola talked about going to prison for fraud, her craziest moment with Gucci, and more.