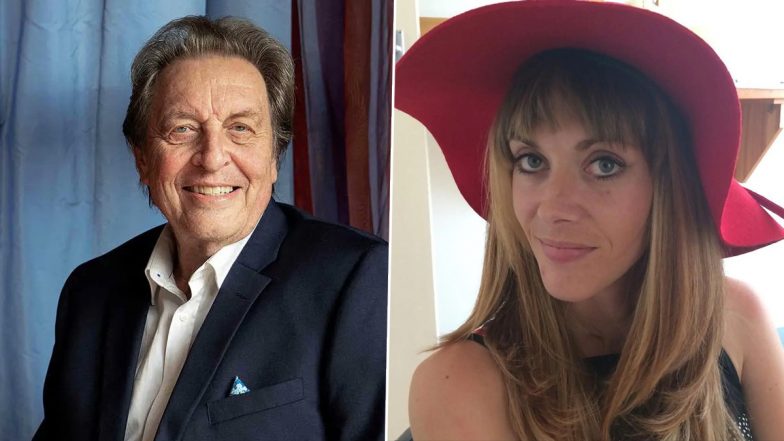 How did Errol and Jana meet and how many kids do they have? Elon Musk’s father has kids with his stepdaughter.

On July 14, 2022, Errol Musk went viral for welcoming his second child with his own stepdaughter named Jana Bezuidenhout.

Errol told The Sun that his second child with Jana was “unplanned” but that she was living with him after the birth of their first child, a son.

He says the reason people are on earth is to reproduce and that if he considered not having more children, Elon Musk would not exist. It’s reported that Elon Musk went “berserk” after finding out his dad was having a baby with his stepsister who lived with him growing up.

After the news gained traction, many including myself wanted to know how Jana Bezuidenhout met Errol Musk and who her mother is. Read on to find out more.

Who is Jana Bezuidenhout’s mother Heide?

Jana is the daughter of Heide Bezuidenhout and her husband, who died in a car crash before 1992. She reportedly had three children – Jana, Jock Jr, and Harry with her late husband before meeting and marrying Errol.

She married Errol Musk in 1992, who was already a father of three from a previous marriage to Maye Musk.

They had two children together, named Asha and Alexandra, who were raised in a blended family with Heide’s and Errol’s kids, including Elon Musk, 51.

The pair split after 18 years together and the relationship became strained, with Heide saying he had brought “shame on the family”.

Who is Jana Bezuidenhout?

She was born on March 11, 1988, and was four years old when the businessman married her mother, Heide Bezuidenhout.

Jana grew up with Errol as a father figure, along with the rest of her half-siblings, on his property in South Africa.

By the time the pair divorced, Jana was in her early 20s and chose to maintain a relationship with her stepfather.

Her job is unknown and her Instagram account has been inactive since 2018, although she posted some photos of her son Elliot.

In September 2021, Jana changed her Facebook relationship status to “in a relationship” but did not name her partner.

How did Jana meet Errol and how many kids do they have together?

Errol and Jana met when he married her mother Heide in 1979 and he became her stepfather when she was 4-year-old.

According to The Sun, Errol and Heidi were married for 18 years and share two biological children.

Errol and Jana are about 41 years apart in age. He tells The Sun “I married her mother when she was 25 and I was 45. She was probably one of the best-looking woman I’ve ever seen in my life.

Errol told The Sun that his second child with Jana was “unplanned” but that she was living with him after the birth of their first child, a son.

He says the reason people are on earth is to reproduce and that if he considered not having more children, Elon Musk would not exist. It’s reported that Elon Musk went “berserk” after finding out his dad was having a baby with his stepsister who lived with him growing up.

How did the Musk family react to Errol’s relationship with his stepdaughter and having kids with her?

Troubles arose in the Musk family after it was revealed in 2018 that Errol had fathered a child with his step-daughter Jana.

Now Errol has told The Sun his purported second child with Jana was “unplanned” but that he was living with her after the birth of their son.

Jana, who is 41 years Errol’s junior, had an argument with her boyfriend in 2017, resulting in her being thrown out the house.

After the argument, she sought refuge at her step-father’s house which resulted in their first child Elliot Rush being born.

The second child, a daughter, is thought to have been born three years ago, in 2019.

The tech CEO’s dad said: “I haven’t checked her DNA. But she looks just like my other daughters. She looks like Rose and Tosca mixed up.

He added: “She wasn’t planned. But I mean, we were living together. She [Jana] stayed here for about 18 months after Rushi was born.

Family members, such as Heide, heavily criticised Errol calling him “a bad man” who had “ruined everything” for the family when the first child was announced.

Elon has been outspoken about his dislike of his father, describing him as a “terrible human being”.

Heide said the family were furious with Errol for getting his step-daughter pregnant.

Jana no longer lives with her step-father, as Errol said it was no longer “practical” as Jana was “getting on”.

He told The Sun: “I mean, I would much rather have them here. But Jana came and spent a few days here about six months ago. And the kids were starting to get on my nerves.

“Then I miss them as soon as they have gone.”

But Errol does admit his other daughters were “shocked” by his relationship with Jana because “to them it was their sister”.

He added: “And they still don’t like it. They still feel a bit creepy about it, because she’s their sister. Their half-sister.”

Errol joked about Elon’s number of kids after the tech titan appeared to confirm he had twins with one of his top executives.

He said that he finds it hard to “keep track” of his grandchildren.