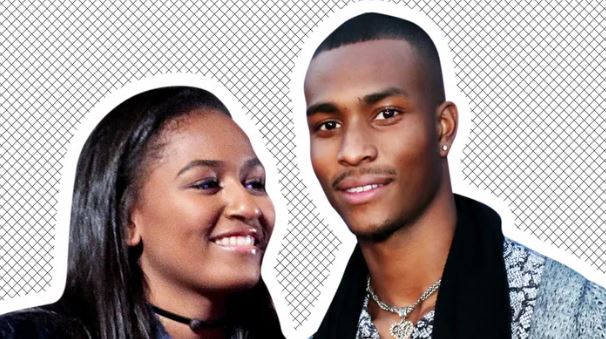 Barack Obama once issued a warning to young men wanting to date his daughters with two words: “Predator drones”.

But Clifton Powell Jr looked worry-free when he was spotted out with the former president‘s youngest child, Sasha.

Clifton Ray Jr was born May 23, 1997, and was raised in Ladera Heights, California.

He is a former college basketball player who’s now in the television industry directing commercials for brands such as Nike and Peloton.

His dad is actor Clifton Powell who has appeared in films, such as ‘Ray’, ‘Dead Presidents’, ‘Rush Hour’ and ‘Next Friday’.

His mom Kimberly has her own business ventures while his sister, Maya, 29, runs a nail art company.

When did Sasha Obama and Clifton Powell Jr start dating?

The romance was kept under wraps until photos linked the pair as an item, according to DailyMail.com.

During an appearance on Ellen DeGeneres‘ talk show earlier this week, Sasha’s mum Michelle Obama let it slip both daughters were dating.

She said: “They loved the Jonas Brothers. Now they are bringing grown men home.”

Who else has Sasha Obama dated?

What did Barack Obama say about Sasha and Malia running for office?

“What would you think or what advice would you give if Sasha or Malia ever came to you and said ‘I want to go into public service?'” James asked Barack at the time.

He replied: “First of all, them as teenagers – having secret service guys follow them when they were going out on dates – I think has probably shut down their interest in public service.

“They still have PTSD from guys talking into their wrist microphones and glasses as they try to go to a music concert.”

The former president went on to say that being in public service, you have to have a certain tolerance for nonsense, silliness, and meanness.

“As a father, I want to protect my girls from that stuff,” he said.

“I think they are probably going to find other ways to serve, rather than run for office themselves.”

While the Obama sisters have not shown an interest in public service, Barack told the late-night host that “you never know.”