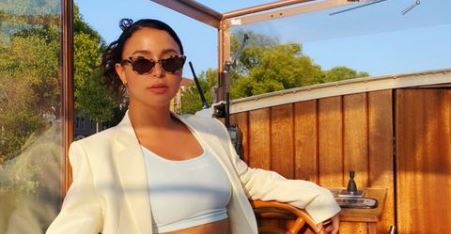 What is Yassi Pressman’s net worth and what is her nationality? Read more about the celebrated actress’ fortune.

As a power dancer, she was given a break in her career for portraying antagonist roles before rising to prominence after portraying Alyana Arevalo in the hit FPJ’s Ang Probinsyano.

Much of her achievements are found on the internet but few have been touched on her family and personal life. So, does Yassi Pressman have a sibling, who are her parents, and how much is she worth?

Who is Yassi Pressman and what are some of her top movies?

As a power dancer, she was given a break in her career for portraying antagonist roles before rising to prominence after portraying Alyana Arevalo in the hit FPJ’s Ang Probinsyano.

Best known for her breakthrough role in Ang Probinsyano as Alyana R. Arevalo-Dalisay, Yassi has made a mark in the Philippine showbusiness not only as a versatile actress but as a gifted singer and dancer. Yassi can regularly be seen not only in TV series but on variety shows, blockbuster movies, and multiple product endorsement ads.

She started appearing in TV commercials at the age of 6, her first being Colgate in 2001.

In 2006, she was cast in the ABS-CBN drama series Gulong ng Palad as the young Luisa.

In 2009, she became a regular GMA Network talent as one of the female dancers of SOP. Pressman was known as the “Princess of the Dance Floor” of Party Pilipinas. When SOP was replaced by Party Pilipinas, Pressman became a part of Sayaw Pilipinas.

In 2013, she signed a co-management contract with Viva Artists Agency. Yassi was also one of the top VJs at MTV and appeared in many online shorts.

In 2014, she was cast as Lorraine “Lory” Keet in the film Diary ng Panget with Andre Paras as her on-screen partner. Pressman also starred as Audrey Dela Cruz in the film Talk Back, and You’re Dead.

In 2016, Pressman transferred to ABS-CBN as a housemate in Pinoy Big Brother: Lucky 7. She also became a regular performer in ASAP and joined the longest-running teleserye on Philippine television, the teleserye adaptation of FPJ’s Ang Probinsyano.

Does Yassi Pressman have siblings?

Pressman was born in British Hong Kong to a British father and a Filipino mother from Isabela.

Her second name, Isabel, is a reference to her mother’s home province.

On February 6, 2020, Yassi’s father, Ronnie, died at the age of 90 due to various complications from old age.

Yassi was linked to Coco Martin, her leading man in the hit ABS-CBN drama FPJ’s Ang Probinsyano. Both, however, denied having romantic ties, with Yassi insisting that the actor — who is now believed to be in a relationship with actress Julia Montes — is just a “really, really good friend.”

What is Yassi Pressman’s net worth?

Yassi Pressman has an estimated net worth of $1 million to $3 million currently. Her exact worth has not been shared by herself or her family.

She earns her net worth and most of her money from being a model, actress, television personality, singer, and dancer.