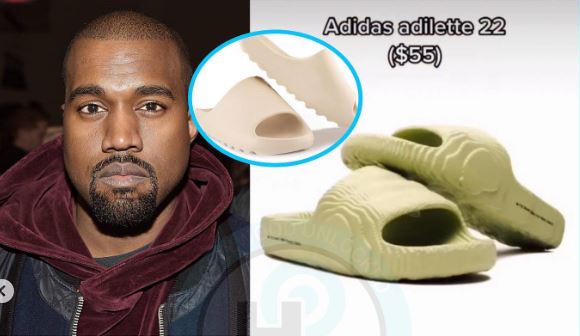 Kanye West has called out Adidas and accuses the brand of ripping off Yeezy Slides with the release of Adidas Adilette 22.

Kanye West took to Instagram to voice his opinion on the Adidas Adilette 22 sandals release, accusing the brand of ripping off his popular Yeezy slides.

Thursday Kanye directed his message at Adidas CEO Kasper Rørster, “I’m not standing for this blatant copying no more,” he said.

“To all sneaker culture To every ball player rapper or even if you work at the store This is for everyone who wants to express themselves but feel they can’t cause they’ll [lose] their contract or be called crazy,” he continued. “Bravery is not not being afraid Bravery is overcoming your fear for your truth.”

He ended the post calling for Rørster to contact him about what he refers to as “fake” Yeezys.

“This shoe is a fake Yeezy made by Adidas themselves. I’m not talking to DC about this either. Kasper come talk to me. Happy Monday”