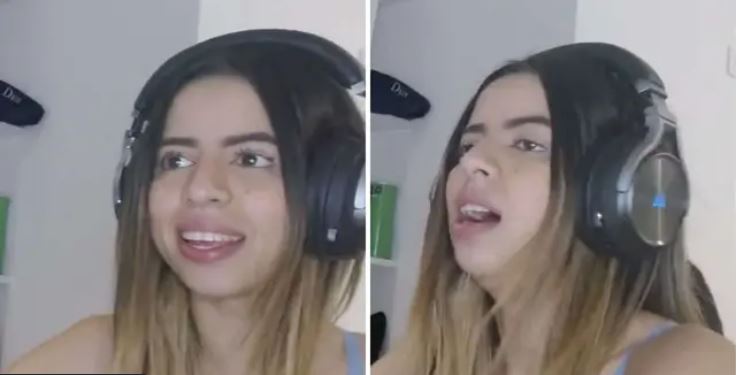 The Twitch streamer who was banned from the platform after she was caught having sex during a live broadcast has exploded on social media with over 100,000 followers on TikTok alone.

An extremely embarrassing moment in a young streamer’s life may have helped her in the long run after a steamy stream earned her unfathomable notoriety.

On August 24, ‘kimmikka’ was streaming live on Twitch when viewers noticed that she and a man were getting physical thanks to a reflection in the background.

The streamer claimed the whole situation was just an “drunken accident,” but the damage had already been done. The awkward moment was clipped and shared throughout social media where it was viewed millions of times.

The result, while mortifying for the streamer, actually may have catapulted her to fame she otherwise would never have achieved.

Although kimmikka was unbanned on Twitch after seven days, she has since changed her name to ‘kim_mikka_’ where she has managed to grow her channel quite a bit.

According to stat-tracking site Sullygnome, at the time of her Twitch ban, Kim had a mere 231 followers, but she has since grown considerably with over 5,600.

Her most recent broadcast from September 8 where she played Valorant and Fall Guys for a bit over three hours even has 20,000 views.

On Instagram, the streamer has seen some nice success picking up over 21k followers. Not bad considering the photos are mainly just bathroom selfies, beach pictures, and shots of her lounging.

Finally, on TikTok, the 21-year-old has amassed her most impressive following with over 120,000 followers to her name, having hit the 100,000 milestones early in September.

That said, it looks like she was doing well on TikTok before her Twitch ban, with quite a few videos that have been seen hundreds of thousands of times.

Now that Kim has managed to gain such a big following it will be interesting to see what she does and if it can snowball to even greater heights.