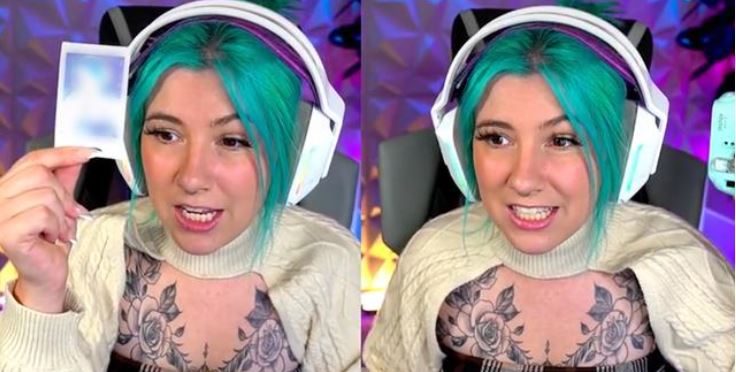 Twitch streamer PosiTiff was shocked after accidentally revealing a nude Polaroid of her husband during a live broadcast.

Twitch streamers go viral every day for insane stunts like building a trampoline in their house and live streaming their dog giving birth.

Although many viral moments on Twitch are meticulously planned out, accidents occasionally make for the best moments on the platform.

In the latest viral clip from the Amazon-owned streaming site, one creator gained attention for accidentally exposing their partner.

Streamer PosiTiff was live on September 19 when she was talking to her audience about her plans for attending TwitchCon.

Tiff instructed her fans to ask her for a selfie as she bought a Polaroid camera ahead of time to prepare for the huge meet and greet.

She then opened up her book of photos and accidentally revealed a photo of her husband completely naked.

Tiff instantly put the book away and cracked up hysterically after realizing what she had done.

Her husband whose name is Mc Doodle Balls was in her Twitch chat when the moment happened and was stunned over the gaff as he didn’t exactly expect a nude pic of him to be flashed to the large audience.

The moment has since gone viral on TikTok amassing over 960k views in just a few days. The photo of her husband in the nude was blurred on viral TikTok.

Luckily, TIff’s husband didn’t take the gaff too seriously, and she promised to remove the photo from the photo album before she makes the trip to TwitchCon.