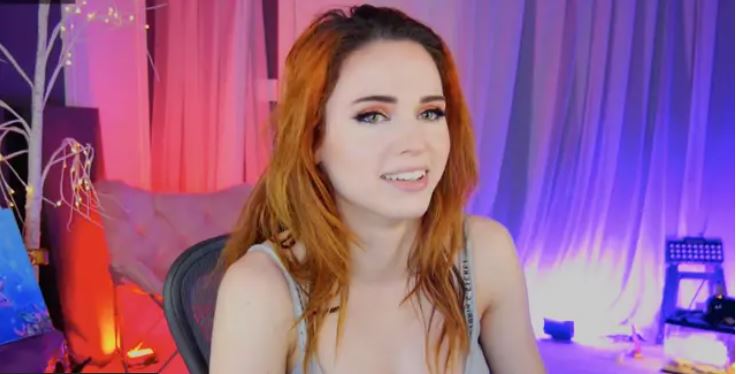 How much is Amouranth’s net worth? The famous female Twitch streamer has made a fortune for being a social media celebrity.

Amouranth is one of the biggest creators on Twitch. With over 5.6M million followers, she has quite the influence on the platform. She’s even set trends such as the hot tub meta that completely took over the JustChatting section in 2021.

Despite being one of the most popular streamers in the world, it’s surprising for many of her fans to learn that live streaming isn’t her primary source of income. Instead, Amouranth earns a large chunk of her cash from producing adult content on OnlyFans. Aside from OF, some little revenue comes from other streaming and subscription sites.

Twitch star streamer Amouranth has revealed she’s made another significant investment away from the screen, she has become a high-profile property investor at the same time as achieving success on both Twitch and OnlyFans. So, how rich is Amouranth?

What is Amouranth net worth and where does she make her money?

Amouranth is a social media celebrity famously known on Twitch as a streamer with a net worth of more than $10 million. However, most online blogs suggest she’s worth $4 million.

Previously, the 28-year-old has revealed that she makes over $1,000,000 a month just from her OnlyFans page, but that doesn’t account for Twitch, Instagram, TikTok, Twitter, or even other subscription sites like Patreon and Fansly.

As she revealed to investmenttalk, Amouranth’s OnlyFans still brings in over $1 million every month, but the other platforms have got some pretty impressive figures too. According to a breakdown of her income, Siragusa gets $189,000 per month from Patreon, another $17,000 from Fansly – a new page that she’s only recently set up – and between $10,000 and $25,000 a month from Instagram.

The streaming star also makes an additional $133,000 or so a month split between Twitch, TikTok, and YouTube, as well as between $5,000 and $15,000 from Twitter – and she doesn’t even use their new tipping system.

Amouranth has two gas stations with her recent being a 7-Eleven gas station for $8.3 million

In the past, the content creator has bought a 7-Eleven store for $10 million, as well as another gas station for a reported $4 million. On August 12, Siragusa made the announcement on her personal Twitter account.

“To be honest it’s just another gas station (7-eleven) with a larger than usual car wash. This is prob one of the last ones before the 100% accelerated bonus depreciation rolls off.”

Talking further about the reasoning behind the deal, Amouranth said: “Imagine letting creators invest in (via a PWM Arm) the commercial real estate that the digital entertainment agency & services company that represents them/works with them is housed in. Kinda cool. If nothing else an Uncorrelated investment worth diversifying into.”

Despite the heavy outlay here on her latest 7-Eleven property, fans of the popular streamer will be expecting more investments in the coming years – if she keeps growing her empire and popularity at current rates.

In a tweet on July 8, the popular streamer shared with her fans the exact revenue she’s received from OnlyFans. “It’s not about the money. It’s about sending a message,” the tweet read, alongside a screenshot of her revenue page on the adult site.

As shown in the tweet, during a typical month the 28-year-old Twitch star makes roughly a shocking $1.5M per month. Even more astonishing is that she even shared her all-time gross and net incomes, revealing she’s taken home just over a whopping $27M.

In a follow-up tweet, Kaitlyn showed gratitude by thanking her incredible team that’s helped her achieve her immense success. “In all seriousness, I’m only able to do this because of the incredible team I’ve built. Every Batman needs their Alfred,” she said.

Recently, the content creator even began her own agency in order to help other creators monetize and make huge profits on OnlyFans. It’s fair to say all her hard work has certainly paid off, especially when taking into consideration her business endeavors in purchasing two gas stations.

“Will be bumpy but like this is a no-brainer for me (and I’m a dumb e-girl),” Amouranth said. “Doubly no-brainer when you have a 7 fig cashflow monthly coming in.”

Calling the purchase “free money,” Amouranth stated she also has limited orders in place for her investments in Amazon, Google, and Microsoft.

When it comes to stock investments, Amouranth has a whole strategy in place to make sure she is making the right financial choices. She even has a “portfolio that does mid 6 [figures] on the dividends alone.”

However, she admitted there could be some worries about measuring the sustainability and ethical impact of the investment. Amouranth said: “It’s not at all what you would call ESG so let’s pretend it doesn’t exist…[be right back] going broke when I hit a wall or whatever it is the hater bois say.”

Amouranth has added yet another big-name business to her catalog of investments which will help keep the money rolling in as she says goodbye to her e-girl career. Although, no doubt any profit she raises from the move, will go towards her new e-girl agency.