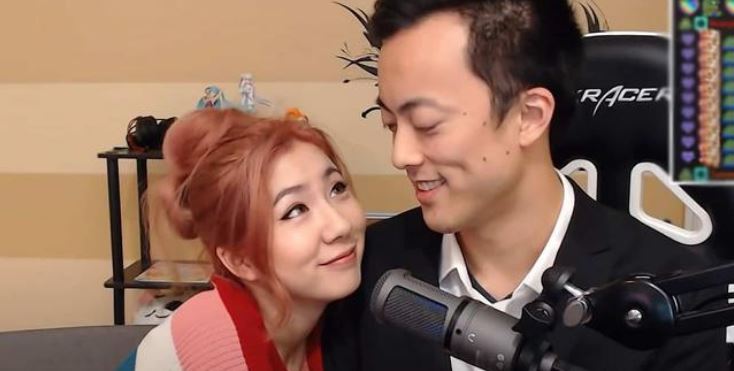 100 Thieves’ Leslie ‘Fuslie’ Fu and her ex-fiance, Edison park, parted ways in October 2021 after a two-year engagement — but Edison’s appearance on Fuslie’s stream in December sparked rumors of a rekindled romance.

Twitch streamers Fuslie and Edison shook up the internet after getting engaged in April 2019. The sentimental moment instantly went viral, and the couple made headlines for days afterward.

Edison’s proposal came at the tail-end of a record-breaking 30-day broadcast, adding a high note to end his long-running challenge. However, two years later, the couple announced via Twitter they had suddenly ended their engagement.

The streamers explained that they were still on good terms, but had decided against opening up about the reason for their split, asking that fans respect their privacy on the matter.

Two months later, though, Edison made a surprise appearance on Fuslie’s Twitch stream, instantly sparking rumors among viewers that the two were rekindling their romance.

Unfortunately for these fans, the rumors are just that — rumors. The two, seeming somewhat flustered by the chat’s insinuations, quickly cut off any speculation that they were back together.

“We’re not back together, guys,” Edison clarified.

“Listen, we’re just trying to show that, hey, just because you break up doesn’t mean it has to be something that’s terrible or done with malicious intent or anything,” he added.

“We cool!” Fuslie laughed before joking that her fans needed “copium” to handle the news.

That’s not all; Edison even teased the idea of “disappearing” for a month on a potential trip, which Fuslie encouraged, telling him he should go “backpacking.”

Despite their shocking split, it looks like these two Twitch stars are still on good terms, and are trying to set a good example of how ideal breakups should be; amicable, understanding, and still leaving a salvageable relationship behind.