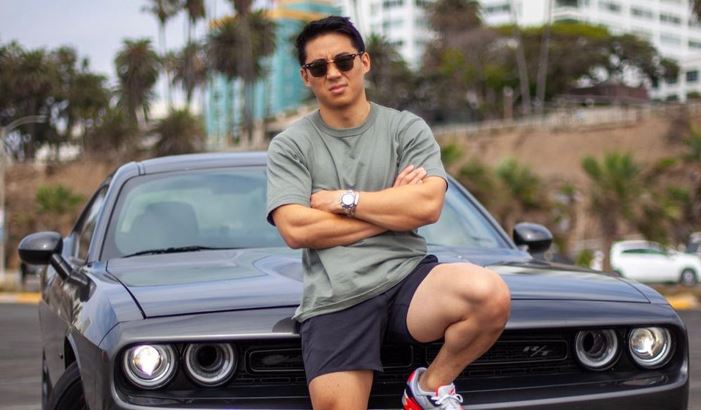 How much is Brian Jung’s net worth? The South Korean-American college dropout turned Crypto YouTuber is already a millionaire!

Brian Jung is an American investor, entrepreneur, and influencer. He is best known for his personal finance, credit card, and crypto YouTube channel, which has amassed over 1 Million subscribers and over 50 million views. In recent years, Brian has set out on a journey to help millions of others achieve financial success.

The 25-year-old drives an Audi RS7, which he bought with his YouTube revenue. He reportedly has 14 credit cards. Jung puts roughly $50,000 into various investments each month, including cryptocurrencies, NFTs, collectible items, and angel investor ventures.

His success story has been out on the internet and fans are itching to know more about his wealth. Was Brian Jung born into riches and how much is he worth?

What is Brian Jung’s net worth?

Brian Jung is one of the richest and highest-paid YouTubers originally from South Korea but now living in the United States. Brian Jung has an estimated net worth of $5 million.

His sources of revenue are YouTube ads, partnerships, and sponsorships from brand deals, and his various endeavors like being an American investor, entrepreneur, and influencer.

How does Brian Jung make his money?

Brian Jung started making money quite early. In 2018, Jung at age 21, Jung decided to drop out of college to pursue entrepreneurship full-time. He had some part-time e-commerce side hustles that earned about $200 a day, they didn’t offer the long-term financial security of a college degree. Before that, he had dropped out of college.

Jung started posting videos on YouTube in 2015. As a teenager, he made content about video games and fishing. He started his channel about personal finance and entrepreneurship during college in 2018.

Between affiliate marketing, Patreon subscribers, ads, and sponsorships, Jung’s business bring in over $300,000 per month at present. He now has four full-time employees helping him produce videos.

Combined with a recently purchased stake in a Japanese barbecue restaurant that brings in another $5,500 per month, Jung made almost $3.7 million last year (2021), a CNBC report said.“In the beginning, YouTube did not pay me anything. But I realized the downfalls of [the e-commerce] businesses and saw the advantages of YouTube,” he says. “I didn’t have to rely on clients. I didn’t have to work with other people. I didn’t have to scale and buy an office and get hundreds of employees.”

While the bulk of his earnings goes towards his operating costs and taxes for the business, Jung puts roughly $50,000 into various investments each month, including cryptocurrencies, NFTs, collectible items, and angel investor ventures, as per the CNBC report.

December 2019, Jung was fully focused on YouTube. His most successful videos were credit card reviews. At that point, the channel had about 6,000 subscribers and was making $200 to $300 a day, he says, as per CNBC.

In 2021, amid the retail investor craze and cryptocurrency’s bull run, the channel took off. “It took me years to get my first 100,000 subscribers, but in less than one year I gained 900,000 subscribers,” Jung says.

How much money does Brian Jung make on YouTube?

Brian Jung’s YouTube channel generates earnings of $8 to $134 in a day according to Social Blade. He makes an estimated revenue of $58 to $936 in a week from his YouTube content.

In a year, Brian makes an estimated salary of $4K to $48.1K from displayed ads on his videos.