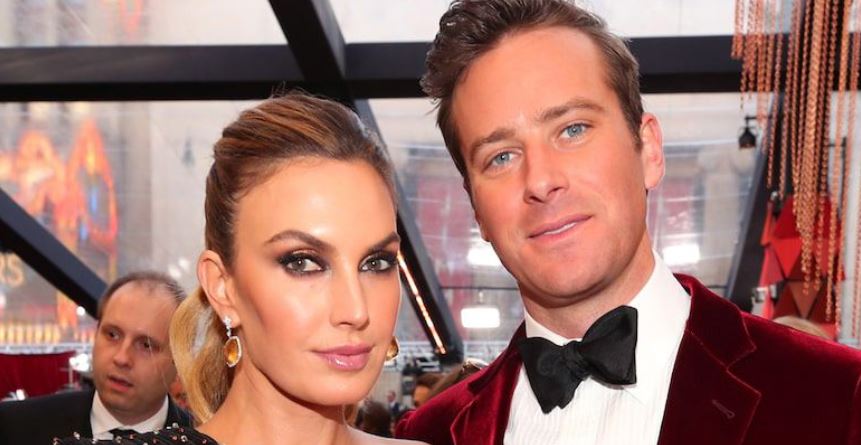 Who is Elizabeth Chambers dating now? The Bird Bakery co-founder has addressed those allegations against her ex-husband Armie Hammer.

Sometimes reality can be stranger than fiction, like in the case of Elizabeth Chambers and her ex-husband, Rebecca actor Armie Hammer, who was recently accused of sending sexually explicit messages to women during his marriage. While Elizabeth and Armie have kept details about their divorce under wraps, fans are dying to know if the entrepreneur has a new man in her life.

So, who is Elizabeth Chambers dating?

After her breakup, Elizabeth appears to be single and solely focused on raising her children, Harper Grace, 6, and Ford Armand Douglas, 5, who she shares with her ex-husband Armie.

Vanity Fair reports that Chambers is ready to get back out on the dating scene. Chambers is apparently currently dating around but hasn’t found that someone special just yet.

Elizabeth and Armie, who dated for two years before tying the knot in 2010, met by way of a mutual friend and, according to Armie, it was love at first sight.

Although Elizabeth was in a relationship when she first met her now ex-husband, Armie quickly convinced her to pursue a romance with him instead. Elizabeth explained in a 2013 interview with Town & Country, “When we finally got together, Armie really wanted to get married.”

She continued, “He sat me down and said, ‘Look, we don’t have to do this. We could just go our own ways, and then one day you’ll be 40 and divorced and we’ll run into each other, and we’ll laugh and go out to dinner and have this same connection, and we’ll wonder why we wasted all of that time. Or we could just do it now and enjoy the ride.’”

The couple later split after Elizabeth allegedly received a “passionate” text that Armie intended to send to another woman. This controversy was only compounded by the series of texts exposed by gossip blogger House of Effie alleging that Armie had engaged in sexually explicit and cannibalistic behavior.

Armie has since denied these claims, even stepping off of his recent project with Jennifer Lopez, Shotgun Wedding, to spend time with his children. He told People, “I’m not responding to these bull—- claims, but in light of the vicious and spurious online attacks against me, I cannot in good conscience now leave my children for four months to shoot a film in the Dominican Republic.”

Although she has been silent about the claims up until now, Elizabeth recently posted on Instagram to confront the allegations for the first time with a cryptic caption.

Elizabeth addressed the sexual abuse allegations against her ex-husband.

While the former couple released identical statements that confirmed that their split was amicable, on Feb. 1, Elizabeth took to Instagram to address claims of Armie’s abuse. She wrote, “For weeks, I’ve been trying to process everything that has transpired. I am shocked, heartbroken, and devastated. Heartbreak aside, I am listening, and will continue to listen and educate myself on these delicate matters. I didn’t realize how much I didn’t know.”

She concluded, “I support any victim of assault or abuse and urge anyone who has experienced this pain to seek the help she or he needs to heal. At this time, I will not be commenting further on this matter. My sole focus and attention will continue to be on our children, on my work, and on healing during this incredibly difficult time.”