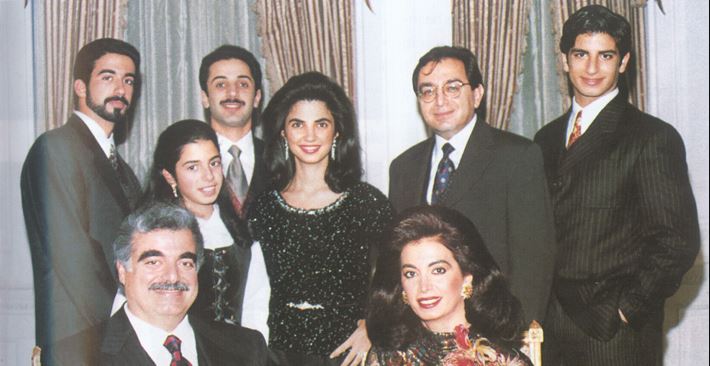 Who are the Hariri Family? Ayman, Vero app founder’s parents and siblings and their net worths explained!

Vero is a social media platform and mobile app company. Vero markets itself as a social network free from advertisements, data mining, and algorithms. The name is taken from the Italian word for truth.

The app was created in 2013 but was launched officially in 2015 as an alternative to Facebook and their popular photo-blogging app Instagram.

The CEO of the app has been revealed to be a billionaire from Saudi Arabia named Ayman Hariri. Ayman has a net worth of $1.4 billion and his source of income is construction, investments and technology. Since his app is the new platform loved by many, fans want to know more about his family life. So, does Hariri have siblings?

Who are Ayman Hariri’s parents?

Hariri’s parents are Rafic Hariri (father) and Nazik Hariri (mother). The couple had two children together.

The family name is Hariri and regarded oe of the famous and richest families in Saudi Arabia.

Some of the family’s businesses includes Saudi Oger, one of the largest construction companies in Saudi Arabia. Some of the biggest projects the company undertook included King Abdullah University for Science and Technology (KAUST), Princess Noura University in Riyadh, the Ritz Carlton in Riyadh, and other major public projects.

Rafic Hariri was a Lebanese business tycoon and politician who served as the Prime Minister of Lebanon from 1992 to 1998 and again from 2000 until his resignation on 20 October 2004.

Hariri headed five cabinets during his tenure. He was widely credited for his role in constructing the Taif Agreement that ended the 15-year Lebanese Civil War. He also played a huge role in reconstructing the Lebanese capital, Beirut. He was the first post-civil war prime minister and the most influential and wealthiest Lebanese politician until his assassination.

Hariri was assassinated on 14 February 2005 by a suicide truck bomb in Beirut. The assassination was a catalyst for dramatic political change in Lebanon. The massive protests of the Cedar Revolution helped achieve the withdrawal of Syrian troops and security forces from Lebanon and a change in governments.

At one point, Hariri was one of the world’s 100 wealthiest men and the fourth-richest politician.

Hariri married twice. He had six children. In 1965, he married an Iraqi woman, Nidal Bustani, who is the mother of his three sons; Bahaa (born 1967), who is a businessman, Saad, who succeeded his father as leader of the future movement, and Houssam—who died in a traffic accident in the US in the late 1980s. They divorced. He married his second spouse, Nazik Audi, in 1976 and she is the mother of three of Hariri’s children: Ayman, Fahd and Hind.

From 1982 until his death, Hariri owned 2–8a Rutland Gate, a large house in London’s Knightsbridge district. The house was gifted to the Crown Prince of Saudi Arabia, Sultan bin Abdulaziz, after Hariri’s assassination.

Nazik Hariri is the widow of former Prime Minister of Lebanon Rafic Hariri. She married him in 1976. Nazik is of Palestinian origin.

She married twice. She has three children from her second spouse, Rafic Hariri, including Ayman, Fahd and Hind. Her daughter from her first marriage, Joumana, is the wife of businessman Nizar Dalloul who is the son of the Shia politician Mohsen Dalloul.

What is Nazik Hariri’s net worth? Nazik Hariri, the widow wife of Rafic has an estimated net worth of $1.7 billion.

Who are Ayman Hariri’s siblings?

Ayman’s parents are Rafic Hariri (father) and Nazik Hariri (mother). Ayman is not the only child of his parents as he has a brother, Fahd Hariri, and a sister, Hind Hariri. Ayman and his siblings have two half-brothers namely, Bahaa Hariri and Saad Hariri.

Bahaa El-Dine Rafic Al-Hariri is a Lebanese-Saudi billionaire business man. He is the eldest son of assassinated former Lebanese Prime Minister Rafic Hariri from his father’s first marriage with Nida Bustani, an Iraqi.

Hariri is married to Hassnah Abousabah Hariri and is the father of 5 children.

Saad Hariri born in 1970 in Riyadh is the second son of Lebanese Prime Minister Rafic Hariri and his first wife Nidal Bustani, an Iraqi. He has an older brother Bahaa Hariri (born 1967) and another brother Houssam Hariri who died young in a traffic accident.

He married Lara Al Azem in 1998, the daughter of Bashir Al Azem, an influential and wealthy Syrian construction magnate. They have three children: Houssam (born 1999), Loulwa (born 2001), and Abdulaziz (born 2005).

In 2013, Hariri allegedly paid his South African energy drink saleswoman and escort, Candice van der Merwe, a $16 million cash gift after meeting her in the Seychelles. In 2019, South African courts sued van der Merwe for failing to pay income taxes on the amount, despite her claims that it was a gift.

Fahd Hariri is a Lebanese billionaire heir and property developer, the youngest son of Rafic Hariri. He is either 40 or 41 years old.

Fahd Hariri was born in Riyadh, Saudi Arabia the youngest son of Rafic Hariri. In 2004, he graduated from the École Spéciale d’Architecture in Paris.

He develops residential properties, mostly in Beirut. He is also president of the Har Investment Fund, and a member of the advisory council at Lutetia Capital SAS, Paris.

He is married and has three children. He lives in London, England.

What Is Fahd Hariri’s Net Worth? Fahd has an estimated net worth of $1.2 billion today. As of November 2018, Forbes estimated his net worth at US$1.2 billion.

Hind Rafic al-Hariri is the youngest child of Lebanese businessman and politician Rafic Hariri who is 38 years old and was born in 1984. She graduated from the Lebanese American University in Beirut and campaigned for her half-brother Saad in Lebanese elections. In 2008, Forbes magazine listed her as “one of the world’s youngest billionaires”.

In 2009, she married Mohammad Anas Al Karout. They had their first son, Mohammad in 2010, and in December 2011 they had their second son, Rafik.

What is Hind Hariri’s net worth? Hind Hariri is a Lebanese heiress who has a net worth of $1.1 billion dollars, according to Celebrity Net Worth.