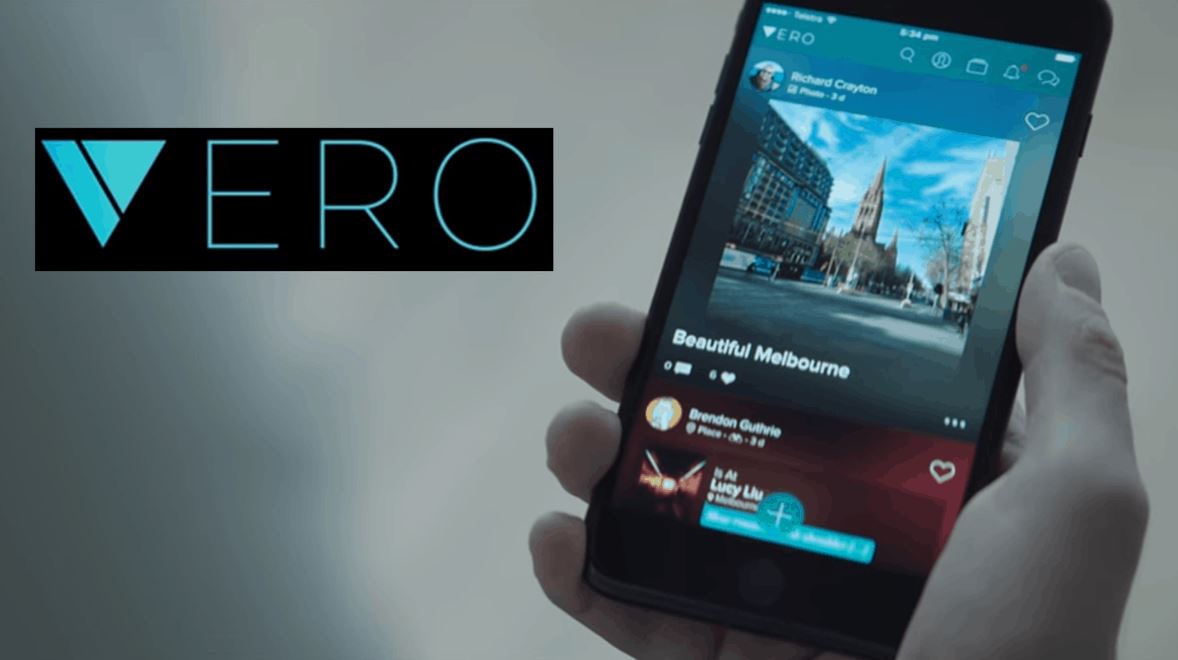 Want to know if Vero is better than Instagram or if perhaps they have any similarities or differences? Read on to find out more.

Vero is a social media platform and mobile app company. Vero markets itself as a social network free from advertisements, data mining, and algorithms.

The app launched officially in 2015 as an alternative to Facebook and their popular photo-blogging app Instagram. Within weeks of its release, the app surged in popularity although users expressed mixed reports with some feeling confused about how the app worked. However, Vero was not able to handle that load and many were disappointed by failed sign-ons and several other issues that resulted from the load.

Nevertheless, Vero is still alive and released a major update this year with Vero 2.0. For me, it is still the better Instagram from a photography perspective. Especially since it is way more than Instagram in some aspects and way less than Instagram in others.

Vero is just as safe as any other social media app we’re all already using. There’s always the risk of impersonators and identity thieves, but that’s usually outside of an app’s control.

Vero supports high-resolution images and they also support a desktop app, something that will make the photographer’s user experience far better than Instagram. One thing that will also make you like the app is its simplicity of once again only having a chronological timeline.

Vero’s business plan is also distinct from similar social media apps. Whereas its competitors such as Facebook or Instagram make money from in-app advertising revenue and the sale of user data, Vero’s business plan was to invite the first one million users to use the app for free and then charge any subsequent users a subscription fee.

The app was entirely funded by its founder and generated additional revenues by charging affiliate fees when someone buys a product they find on Vero.

But it distinguishes itself in some very important ways: No ads. No algorithms rearranging your posts and limiting who sees what. No data mining. Chronological feeds.

In fact, Vero makes public its manifesto and business model for anyone interested in what they do, and why they do it. Vero believes that people naturally seek connections, and that explains the explosive growth of social media over the past 10-15 years.

Here’s what it all boils down to according to them:

But as time passed, an imbalance began to form between the interests of the platforms and the best interests of the users. We made our business model subscription-based. making our users our customers, not advertisers.

Basically, you are the product sold to advertisers on other platforms. Facebook makes billions selling ads to brands and companies based on the data they collect from its 2.167 billion users. You are not a customer to them. You are a product to be sold.

Vero takes the opposite approach. By using a subscription-based model, they’re beholden only to their users.

Every decision, every tweak, every new feature, and every change to their design and interface needs to keep their users happy and satisfied. They need to respond to the needs of their users. They have to address the complaints of their users.

The user is the customer. The platform is the product. And that is a revolutionary idea in social media.

But that’s not all. Facebook, Instagram, Twitter, Snapchat, LinkedIn, and others want you to spend as much time as possible on their platforms. They want you to engage in mindless scrolling of feeds for hours each and every day because they collect data on your browsing behavior.

The more users they have, the more they can charge advertisers.

The longer you spend browsing feeds – which are increasingly becoming mostly ads and sponsored content – the more they can parade those statistics in front of their customers.

1.40 billion daily active Facebook users who spend an average of 20 minutes on the platform each visit is an enticing potential audience for an advertiser.

American adults spend an average of 25.29 minutes per day on Facebook. And they want you to continue doing that.

You don’t need me to tell you that social media is addictive. It’s designed that way. In fact, Facebook, Instagram, and Twitter send out notifications intended to pull you back into their platform over and over again throughout the day.

While they do want you to use and enjoy the app, they also want you to be aware of how much time you spend on it.

To that end, there are no push notifications, and they are the first and only social media platform to include useful info on your dashboard. You can quickly see how much time you’ve spent on the app each day and each hour of that day.

The others don’t want you to think about that. Vero very much does. As they say, “social media should enhance your life, not detract from it.”

That too is a game-changer.

1) Vero has no algorithms that dictate to me what I shall see. Have you ever noticed that you may have missed a post from a friend, only to realize that Instagram never showed it to you? Instead, Instagram showed you other content, especially sponsored posts and ads. It’s frustrating. To that end…

2) It presents a strictly chronological feed that allows me to view the posts that I missed. Vero even remembers where in your feed you left off and lets you pick up from there. So after you open the app, the next time you don’t scroll down in reverse order until you see the last post you saw. No, you just scroll up until you have reached the top and can rest assured that you have seen everything that was posted by those that you are following since you last opened the app. It’s so simple and so intuitive.

3) There are no influencers and almost no attention whores. There is no money to make on Vero and as a result, there are far fewer users on Vero than on Instagram. That means far fewer activities that just aim to get more attention. Hashtag abuse is, unfortunately, still a thing on Vero, but to a far, far lesser extent than on Instagram. People on Vero know that they will have way less reach than on the big networks and they don’t care: they are there for the original content and the connections.

4) No bots. If someone likes your post or leaves a comment, you can be pretty sure that there was a human who saw your post and left it intentionally. I’d rather have 20 honest likes and comments from real humans than 1000 likes from bots. I should note that there was some criticism that you need to register on Vero with your telephone number just like you do with Signal or WhatsApp. As far as I am concerned, if it keeps the bots and spammers away, I am all for it.

5) Ad-free: just real content. Vero once said that just the first one million accounts will be free and after that users might have to pay for access. Well, years later, the app is still totally free to use.

6) Clickable links and more. Isn’t it ridiculous that in 2021, Instagram still does not allow links in posts? Why? Well, because they want you to stay on Instagram and not leave it. But with Vero, it’s not restricted to just images or short movie clips. You can post just links, music, movies, books, apps, games, places, or even can share another profile that you like. The amount of freedom and number of options is incredibly refreshing.

7) You can control who sees a post. With Vero, there is no need for separate accounts. A very easy and totally sufficient audience selector allows you to effectively control who is seeing your posts through four easy-to-use levels: Close Friends, Friends, Acquaintances, Followers & Public.

8) No stories. Who needs stories anyway?

9) Real zooming. Zooming on Instagram is like a bad joke — a really bad one. On Vero, it works as you would expect it to zoom in, take your hand off the screen and view the details of the image in full-screen… and then pan around to see the rest.