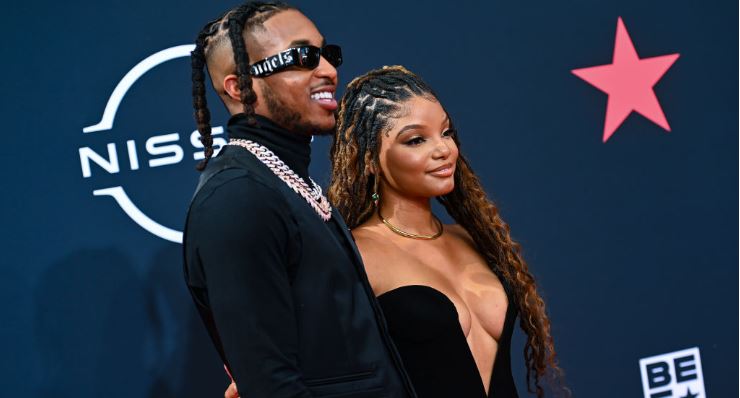 “The Little Mermaid” starlet put together a heartwarming video montage dedicated to her man on his big day.

Darryl Dwayne Granberry Jr., known professionally as PontiacMadeDDG or simply DDG, is an American rapper, singer, and YouTuber. He started making videos in 2014, expanding his content with YouTube vlogs after graduating high school in 2015 and attending Central Michigan University.

DDG has been doing a ton of celebrating lately. From the arrival of his sophomore album, It’s Not Me It’s You (as well as the deluxe cut), featuring artists like Coi Leray, Gunna, NLE Choppa, Lakeyah, and Offset to his 25th birthday, the Michigan-born recording artist is on a serious roll this fall.

DDG is currently 25 years old and was born on October 10, 1997, in Pontiac, Michigan, United States.

On Monday (October 10), the “Elon Musk” artist marked a quarter of a century of life, and to help him commemorate, his girlfriend, R&B vocalist Halle Bailey, has shared a heartwarming Instagram Reel loaded with some of their cutest moments together as a couple.

“Happy happy birthday @ddg [heart emoji],” the “Do It” hitmaker wrote to her beau in the caption. “Love you forever.”

The video, soundtracked to the emotional track “Married Life” by Just Kids from Disney Pixar’s Up, begins with a clip of them in coordinated dark grey outfits, practicing what looks like a secret handshake before cutting to footage of the couple laid up on the couch together, Bailey sporting a natural look.

Other inclusions find the pair hitting the road together, smiling big while snapping flirtatious mirror selfies, and laughing while attending late-night concerts, listening to the music in each other’s arms.

Down in the comment section, the birthday boy responded with “I love you more,” along with a row of red heart emojis.

Hearing the happy pair publicly pronounce their feelings for one another is nothing new. Back in August, Halle appeared on the cover of Essence alongside her big sister Chloe Bailey, and in her accompanying interview, The Little Mermaid actress confirmed that she is in love with DDG.