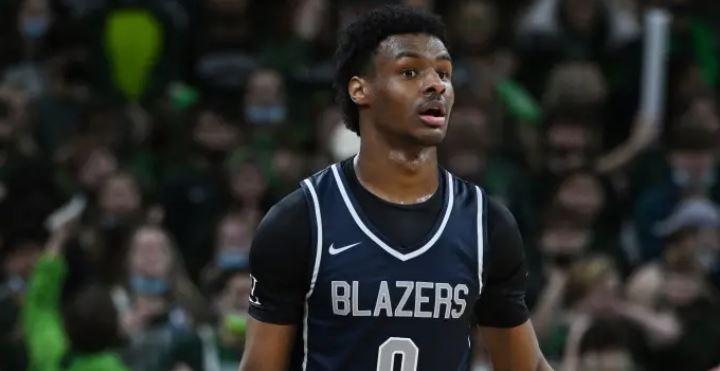 Big moves are being made for Bronny James, the 18-year-old Sierra Canyon standout as fans speculate about what’s next for his future in basketball.

Fresh from celebrating his 18th birthday in style, Bronny James’s future is looking even brighter. The son of LeBron and Savannah James has been a star athlete thanks to the encouragement and coaching skills of his superstar father. Sports fans have speculated that it must be difficult for LeBron’s children to grow up with such a successful dad, but according to new reports, Bronny is following in his footsteps.

ESPN has shared that the younger James has signed a new deal with Nike. The company is partnering with five amateur players for their NIL (name, image, likeness) endorsement deals and the Sierra Canyon High School standout made the list.

“Each athlete is recognized as a player who is paving the way for the next generation on and off the court,” said Nike in a statement. “These athletes push Nike to think about new ways the game can break barriers, bring people together, build community and shape the future.”

Back in 2015, LeBron signed a lifetime deal with Nike, making Bronny’s addition another jewel in the James legacy.

Check out highlights from the teen star below.

What is Bronny James’s net worth?

As of 2022, Bronny James is reported to have a net worth of $10 million, making him one of the youngest millionaires.

More commonly known as Bronny James, he is the 18-year-old and eldest son of LeBron James and an ascending basketball talent in his own right.

Bronny James is currently ranked as the No. 7 shooting guard and No. 46 overall player in the class of 2023 by 247Sports’ composite.