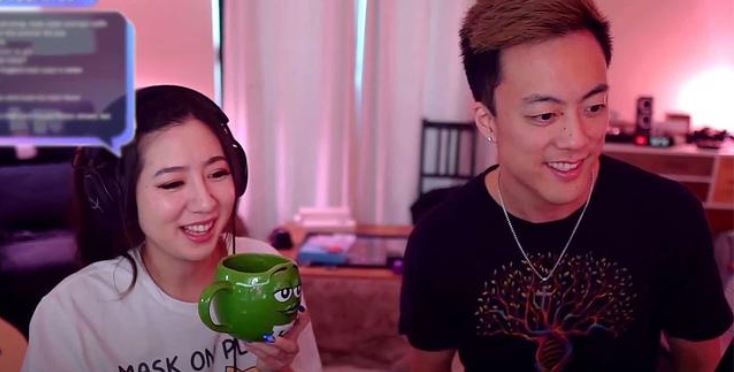 Who is YouTube gamer Leslie ‘Fuslie’ Fu dating now and who has she been in a relationship with in the past? Inside the former Twitch streamer’s love life.

Fuslie is a 29-year-old internet celebrity who was born on November 23, 1992, in the United States. Her birth sign is Sagittarius.

Fuslie is a Chinese-American gamer who streams games like League of Legends and Counter-Strike: Global Offensive for more than 1 million followers on YouTube. She was formerly famous on Twitch until recently she announced her leave from the Amazon platform. She is very active on YouTube, where she posts gameplay videos, vlogs, and more.

She earned a bachelor’s degree in biological sciences from the University of California, Irvine.

She is a singer and has covered Elvis Presley’s “Can’t Help Falling In Love With You” on her YouTube channel. She has been a content creator for 100 Thieves.

Who Is Fuslie Dating Now?

Currently, YouTube Gaming streamer, Fuslie is assumed to be single after she failed her relationship which ended in 2021.

She has not posted any image or video of her and any man on her platforms to her fans. Also, she has not been linked to anyone outside gaming or within the streaming world.

Who Did Fuslie Date?

In April 2019, Twitch streamer Edison Park had just pulled off a 30-day, record-breaking broadcast when he proposed to YouTube steamer ‘Fuslie’.

Leslie ‘Fuslie’ Fu is a part of 100 Thieves and is a fairly notable streamer in her own right. In an April 2019 broadcast, she appeared alongside boyfriend Edison Park at the end of his 30-day long stream.

Park had just streamed a jaw-dropping 541 hours, seven minutes, and 54 seconds within a grueling month-long period, claiming that his body had nearly “shut down” due to a lack of sleep and constant broadcasting.

At the end of his record-breaking stream, Park proposed to Leslie in a heartwarming moment that had the entire internet paying attention… but come October 2021, Leslie confirmed that she and her former fiancé had parted ways.

Why Did Fuslie and Edison Park Break Up?

In his TwitLonger note, Edison revealed that he and Fuslie had been separated for a month before they went public with their breakup.

Stating the reason for their split, the streamer said “No one did anything wrong.”

According to Edison’s statement, he and Fuslie grew apart, hence, decided to call it quits on their relationship.

Edison’s note says, “I still love Leslie very much; if anything, it’s because I love her that I feel this is for the best.”

In a separate TwitLonger note that Fuslie shared, the streamer has requested fans to not “bother” them with questions and details about the breakup.

Talking about their split, she expressed, ” It doesn’t feel real even as I’m typing this and it breaks my heart knowing you all are going to read this.”

Explaining the reason for their breakup, Fuslie wrote, “Just know we love each other very much, but ultimately grew apart to the point where we both agree breaking up is what’s best for both of us.”