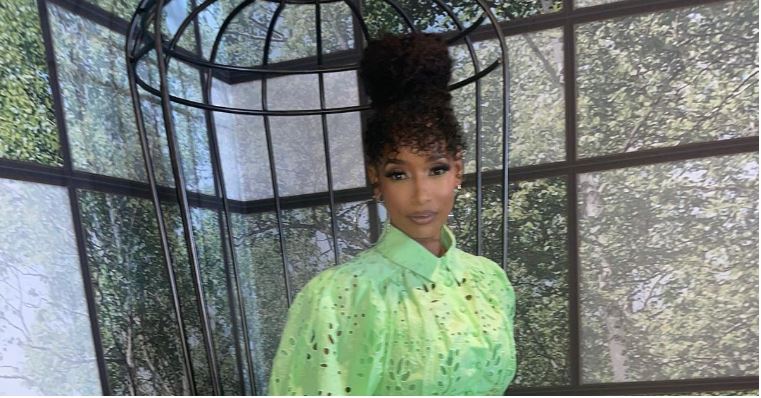 What is Janell Stephens’s net worth? Everything to know about the fortune of the Rhoa star.

The fabulous ladies of The Real Housewives of Atlanta have always been vocal about getting to the bag. With the women serving at the helm of beauty brands, fashion endeavors, adult entertainment businesses, and more, the peach holders know a thing or two about keeping the coins rolling in.

On Sept. 25, 2022, the network concluded Season 14 of the hit series with Part 3 of the reunion. Viewers watched Marlo Hampton answering for her behavior during the season, Sheree Whitfield finally bringing SheBySheree to fruition, and Kenya Moore’s showing her positive spirit and memorable shade. Additionally, newbie Sanya Richard-Ross talked about her beef with Drew Sidora, while the second-time peach holder got candid about her marriage with Ralph Pittman. And of course, Kandi Burruss reminded us all why she’s worldwide.

Reports say that all the women from Season 14 will be returning for Season 15, with no signs of Porsha Williams or Nene Leakes returning.

Season 15 of ‘RHOA‘ is set to welcome some new blood as well.

And while viewers wait for the production to be done, many fans are curious and want to know more about the financial details of one cast, Janell Stephens. So, how rich is the Rhoa cast?

What is Janell Stephens’ net worth?

Janell Stephens is the founder and CEO of a natural haircare brand called Camille Rose Naturals. Janell, a former therapist who once owned a home health agency, became passionate about hair and skin care products after she had her children.

Janell said her kids experienced eczema and often asked doctors what to do about their skin. When she learned that even some organic products could harm their bodies, she started creating products out of her kitchen. In 2011, she developed haircare products and named her line Camille Rose Naturals after her grandmother.

“It was my hobby, and it evolved into (a business) right before my eyes very quickly,” she told the Atlanta-Journal Constitution in 2017. “When it started happening, I was very excited, and I welcomed it,” she said. “When I got that first call from Target, I was surprised. I was like, ‘Am I really here?’”

The outlet says Camille Rose Naturals is available in more than 60 retail stores, including Whole Foods, Target, and Walgreens.

According to reports, the multimillion-dollar line also earned Janell an estimated $1.9 million net worth. Although she hasn’t appeared on RHOA yet, her income has reportedly surpassed that of some of her new castmates.

Who is Janell Stephens married to and how many kids does she have?

Many Housewives fans have learned that marriage isn’t a requirement when working on the Bravo show, though it likely helps on the legendary cast trips. Fortunately for Janell, she has her plus-one already.

The Louisiana native has been married to Dr. Johnny J. Stephens Jr. since 1996. Johnny works as a hematologist and oncologist in Tifton, Ga., and is “trained in blood disorders and the medical treatment of malignancies,” per MD.com.

Janell and Johnny met in college and have five children.