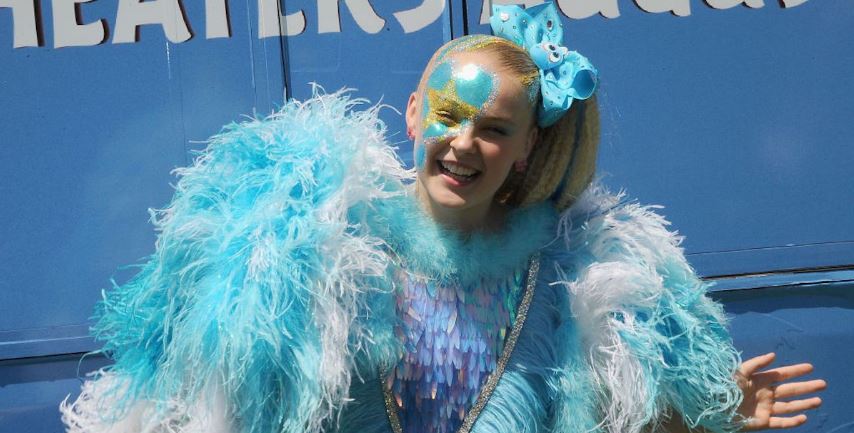 JoJo Siwa has found a new girlfriend and she is a famous TikToker – but who has JoJo Siwa dated in the past?

Regardless of how old you are — or how well you know YouTubers — you’re most likely somewhat familiar with the viral phenomenon that is JoJo Siwa.

The 19-year-old ponytail-wearing, fast-talking, glitter enthusiast has made quite a name for herself in the realm of internet culture, and whether you love her or you absolutely cannot stand her, the teen has recently made news by coming out as gay and introducing her girlfriend.

Twitter is completely shaken that JoJo Siwa is dating someone — here’s what we know.

On Sept. 13, JoJo went public with her new girlfriend, 22-year-old TikTok star Avery Cyrus. The queer influencer is one of the best-known LGBTQ creators on the platform, accumulating nearly 8 million followers and over 275 million likes.

The DWTS alum and her new girlfriend made their relationship official on Sept. 13 in a series on TikToks. In one of the clips, the two are joking around in the photo booth; after smiling for the first photo, the couple shared a kiss for the next.

The next TikTok shows JoJo and Avery performing a dance. The “D.R.E.A.M” songstress wrote that her girlfriend didn’t know she was posting the video, adding that she was “so proud of her for learning” the brief routine.

“I have to share so you can see her CUTEST HAPPY FACE!!! That SMILEEEEE,” JoJo said.

JoJo continued to express her love in the comments, writing, “her face as soon as the dance starts is SO HAPPY IT MAKES ME SO HAPPY CANT.” Oh my goodness — how freaking adorable is that!

Though many are happy for the pair, others aren’t too thrilled with how quickly Avery moved on from her ex-girlfriend, Soph Mosca. The two dated for over two years, announcing their split in August 2022.

Update: JoJo Siwa and Avery Cyrus have broken up.

The “D.R.E.A.M.” singer and the content creator have broken up, E! News reports. On Dec. 17, Avery shared a TikTok video showing footage of themselves on a Royal Caribbean cruise. In one clip, JoJo holds up an arcade game prize, telling her, “This is my ‘Sorry for Breaking Up With You’ present.”

One fan commented on the video, “Now I just want to know why.” Avery responded, “We decided that we are better off as friends! We are both so young and still just trying to figure our stuff out!”

Avery still dubbed their trip, the “Best trip EVER.” JoJo wrote on her Instagram Story that it was the “best trip of my entire life.”

In recent days, Avery also appeared to react to the breakup with a few cryptic TikTok videos, including one on Dec. 16 saying she’s in her “healing era” and another declaring, “Karma is my boyfriend.”

JoJo Siwa came out as gay and was seemingly dating a girl named Kylie.

After officially coming out as gay on Jan. 22, 2021, via a Twitter post, JoJo drove the internet crazy trying to figure out if she was seeing anyone special. Then, less than a month later, the internet phenom shared a cute photo of her and her girlfriend, Kylie, for their one-month anniversary alongside the caption, “No one in the world makes me as happy as this girl does. I’m so thankful to have fallen in love with the most perfect person ever who makes me smile 24/7. I love you more than you’ll ever know!”

JoJo first shared the news a few days earlier with Jimmy Fallon that she indeed has a girlfriend, saying, “I do have the most amazing, wonderful, perfect, most beautiful girlfriend in the whole world. It’s not something I’m ashamed of, I just haven’t shown the internet yet,” and opted to show the world her new lover in honor of Valentine’s Day. Although she hasn’t shared any personal details about Kylie just yet, it appears JoJo has found her match in the mysterious, yet supportive girl.

JoJo Siwa was rumored to be dating Elliot Brown in the past.

In March 2020, many of JoJo’s followers assumed she was dating high school football player Elliot Brown. Nothing was confirmed, but the two had posted a number of photos and videos together.

Elliot played football at his Omaha, Nebr. high school, Elkhorn South High School, and he’s committed to playing football at the University of Nebraska, according to Omaha News. Although JoJo is homeschooled, they must have somehow met in the city of Omaha, which is where she’s originally from.

JoJo Siwa then revealed she had actually dated Mark Bontempo.

“Meet Mark:)” JoJo captioned a video of herself and the young man dancing while dressed in the other’s clothing.

JoJo made it a point to tag her not-so-secret boyfriend, who also confirmed they were dating on his own TikTok video. In a “duet” with @createchaosgossip, Mark listens to commentary about a “fingers down” TikTok that JoJo recently had posted.

When it says, “Put a finger down if you are currently single,” JoJo keeps all of her remaining fingers up — indicating she is dating someone. Mark captioned it with, “@itsjojosiwa if it’s not me you have some explaining to do,” alongside the hashtag #nationalgirlfriendday.

Mark’s only other TikTok video at the time featured a dance with his twin nieces, Taytum and Oakley, and his brother-in-law, Kyler Fisher. (So he’s a fun uncle, too.)

Yes, it’s kind of mind-blowing that JoJo is dating someone, but that’s only because it’s easy to forget that underneath all the glitter, scrunchies, and sequins, the singer and dancer is — in fact — a hormonal teenager. We’re happy for JoJo and hopefully, things continue to work out between her and Kylie.