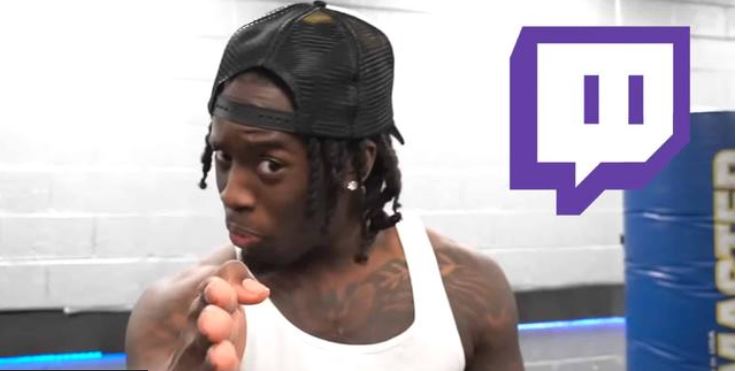 Rising streaming star Kai Cenat continues to dominate Twitch as he has flown past 100,000 subscribers in a matter of days since his last milestone and even broken a personal record for viewers.

In the world of streaming superstars, we’ve all become accustomed to familiar names such as xQc, Ludwig, Pokimane, and beyond.

Now, content creator Kai Cenat is forging his own place alongside them, as his unprecedented rise over the course of 2022 has stunned both Cenat and viewers alike. The Twitch streamer has been moving quickly, surpassing 80,000 subscribers on September 23 and flying past 90,000 only a few days later.

Though some have disputed the authenticity of his success, Cenat hasn’t let this deter him, as he has set another incredible milestone in his career.

Livestreaming to Twitch on September 30, Kai Cenat had gathered his close family and friends to witness the moment he would pass 100,000 subscribers. As the subscriber tracker kept rising, it wasn’t the only achievement that Cenat would gain.

According to the social media account @StreamingLogs, which tracks Twitch progression, Cenat had attracted 133,000 concurrent viewers on his channel.

Compared to the likes of xQc, who has had nearly 280,000 viewers on his channel before, Cenat has set an impressive precedent for rising streamers.

The moment the streamer met his subscriber goal, the room erupted with celebrations. Cenat made sure to share this chapter of his career on social media too, thanking his new and existing viewers for attributing to his success.

The streamer’s success comes days after he was accused of money laundering through Twitch’s subscriber function, which was quickly debunked by Cenat.