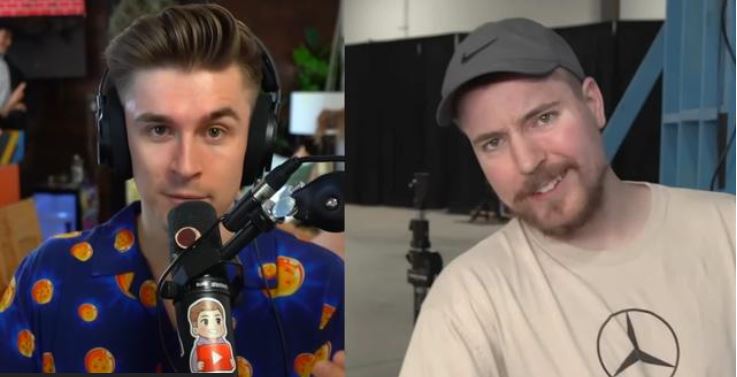 Streamer Ludwig Ahgren admitted that he had a rather “hard” time filming a video for his friend and YouTube star Jimmy ‘MrBeast’ Donaldson.

As two popular YouTube creators, it seemed only natural that a friendship would bloom between MrBeast and Ludwig.

Just some of the hilarious moments between the two included when MrBeast went to extreme measures to include Ludwig in his video and then when MrBeast pulled in an amazing poker win against the 27-year-old.

However, it’s not always as fun as it looks as Ludwig explained. According to him, a particularly “weird” MrBeast video filmed in Panama proved to be a tough one.

On September 9, Ludwig was speaking with fellow podcasters on The Yard when he opened up about what really happens behind the scenes of a MrBeast video.

“I went to Panama, I filmed my third MrBeast video, that was awkward,” he claimed. “It’s just hard to film a video like that.”

Being careful not to give away any spoilers, he explained that the filming process required “24 hours of living” only for all that time to be used for “90 seconds of the video.”

As his friends bombarded with questions about the filming process, he added: “You have to kind of be weirdly on for a stretch when any moment could be used because they are like constantly filming.”

The latest MrBeast video that Ludwig appeared in as of writing was posted on August 20 and involved Ludwig and a group of other creators trying to survive and function in the middle of a forest after being in a ‘plane crash.’

The group had to wait a whole 31 hours before help came to ‘rescue’ them.

Although filming in Panama with MrBeast was a “weird” experience for Ludwig, his friendship with his fellow YouTuber certainly has brought him some memorable moments.