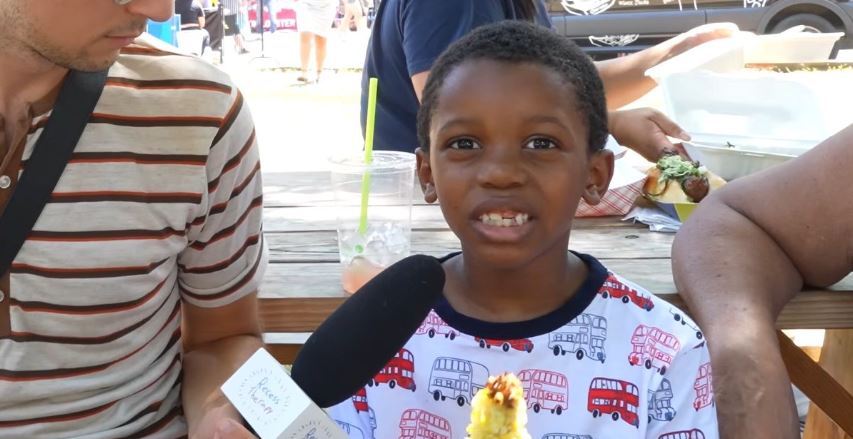 Who is viral Corn Kid Tariq and what happened to him? The internet sensation went viral for his love for corn, and now he is rumored to be dead.

In the history of the internet, few things have been more unifying than videos of children who are exceptionally cute. Recently, one such video went viral on TikTok featuring a seven-year-old boy named Tariq who really loves corn. Corn Kid, as he’s been affectionately dubbed, was all over the internet for a brief period, and now, rumors are spreading that suggest that something horrible happened to him.

What happened to Corn Kid?

After he went viral, rumors began to surface that Tariq had died unexpectedly. The news understandably saddened many people who had enjoyed his video, but some were also curious about where the rumor actually came from.

It seems like the rumor originated in a viral Facebook post that featured a headline saying that Tariq had been found dead as the result of a gang-related shooting.

If you look closely at the post, you’ll see that the article claims to be from NPR, and it says it was written by Dustin Jones. Since the post first appeared, it’s begun to spread and led many people to believe that Tariq actually died. Thankfully, this post doesn’t seem to be genuine, which means there’s no reason to believe that Tariq has actually been killed.

Tariq is still alive and well.

The post that has gone viral features an edited news article that was designed to make everyone believe that Tariq had really died. There’s no actual article by anyone named Dustin Jones that reports the news. The original news article instead features additional reporting on Tariq, including how he came to be one of the most well-known kids on the internet simply because of his love of corn.

Tariq was just recently profiled in The New York Times, and that article suggests that he’s adjusting pretty well to his return to normal life. His favorite subjects in school are math and recess, and he likes math because, in his own words, he’s good at it.

Tariq also discussed his love of corn and the missing front tooth that has meant he’s had more trouble eating it recently.

He also said that, when the tooth fell out, the tooth fairy didn’t come. “She ditched me. She thinks I have a horrible family,” he claimed.

Tariq, whose family asked that he only be identified by his first name in order to maintain their privacy, seems to have maintained a pretty normal life even as he’s become one of the most famous kids on the internet.

Since his video went viral, Tariq has been approached by bookers and his family had to hire a lawyer quickly. He got to attend the premiere of Pinocchio in Los Angeles recently, and also sampled a wide variety of corn-based foods on The Drew Barrymore Show. Tariq’s family seems to understand that his internet stardom won’t last forever, and are trying to balance his regular life with the spectacular opportunities he’s now getting.