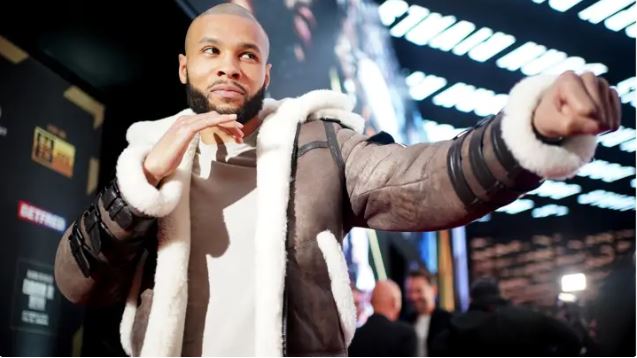 How much is Chris Eubank Jr.’s net worth? The British professional boxer has an impressive fortune, but how rich is he?

Professional boxer Chris Eubank’s fight with Conor Benn has been thrown into doubt after traces of the banned substance Clomifene were found in Benn’s drug test.

One of Benn’s most recent opponents claimed he was ‘not surprised’ by the adverse results of the test.

“I respect every fighter who steps in the ring, but I do not respect cheaters, and for me to hear this… this hits hard.”

The fighters are still set to meet at the press conference, and despite the British Boxing Board of Control stating that the fight cannot go ahead, the teams of each fighter have said that the bout is still very much going to happen.

It has been suggested that the fight could now be staged as an exhibition.

Eubank has had a career full of many successes, but what is his net worth in 2022? Let’s take a look…

What is Chris Eubank’s net worth?

Despite growing up in England, Eubank Jr started his career in the USA and moved with his brother at the age of just 16.

The star turned pro in 2011 and has since had a fairly eventful career.

The former champion has a record of 29-2, 22 of which victories were through knockouts.

Along with his successes, like his father, he does a lot of charity work.

He is the ambassador for Chain of Hope since 2017 which treats children with heart disease from developing and war-torn countries.

Eubank’s brother Sebastian tragically died of an unknown heart condition in 2021 whilst in Dubai watching the sunset.

The charity is now close to the hearts of the Eubank family.