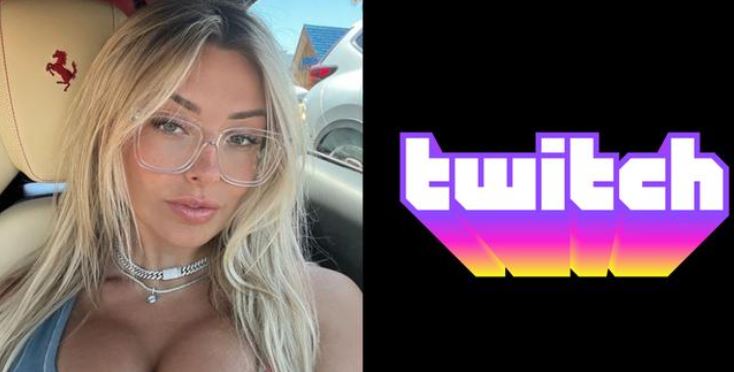 Social media influencer Corinna Kopf has hit out at Twitch’s decision to ban gambling features on the platform, claiming it could lead to many more strict rules in the future.

Gambling streams have been a controversial topic across Twitch with streamers in the community being heavily divided over the subject. But, things all came to a head when streamer Sliker admitted to having ‘scammed’ his fellow creators and fans out of thousands in order to pay off his gambling debts.

With growing calls for Twitch to take action, the Amazon-owned platform revealed on September 20 that it was going to prohibit streamers from broadcasting certain gambling sites and games.

While the move has been widely praised by some, gambling streamer Corinna Kopf believes it won’t be long until creators aren’t able “to do anything” on their streams.

Following on from the news, Kopf took to her live stream where she criticized the decision, claiming that if Twitch bans gambling, then it could prohibit other “unhealthy” habits also.

“Everyone is so soft nowadays,” Kopf claimed. “You are influenced to do so many things that are not good for you financially, physically, and mentally every day.

Kopf added that it should be the player’s “decision” as to whether they should gamble, rather than it being banned from the platform outright.

This isn’t the first time that Kopf has shared her opinion on the topic. She previously hit out at popular streamer Pokimane for supposedly promoting gambling in an old video before later calling on Twitch to ban the practice.

Twitch’s new policy won’t come into effect until October 18. However, there will likely be more disputes over gambling streams in the lead-up to the big day.

What is Corinna Kopf famous for?

Corinna Kopf, also known as the “pouty girl” on her social media channels, is among the most popular content creators in 2022. The streamer and Instagram model has netted a massive following with her regular content and entertaining posts on Twitter. Corinna blew up on Facebook, and her Twitch switch is working out pretty well for her already.

Corinna Kopf is 26 years of age as of 2022. She was born in Palatine, Illinois, the United States, on December 1, 1995. She joined Instagram at the age of 16, but her breakthrough happened on YouTube, where she collaborated with such personalities as Liza Koshy, David Dobrik, and more.

Corinna Kopf became wildly famous for her digital content. While her YouTube videos generated decent numbers, she became a star online after dipping her toes into the gaming world.

The “wannabe streamer” signed an exclusive deal with Facebook Gaming in 2019, raising eyebrows as most gaming streamers opted for Twitch at the time. But her Fortnite content on Facebook was a great success, helping her find a footing in the saturated streaming scene. Corinna cashed in on her gaming audience by introducing OnlyFans, where she’d sell her exclusive images for big bucks.

Corinna’s deal with Facebook ran its course on March 1, 2022, bringing her to the most popular gaming streaming platform, Twitch. Her regular Just Chatting and Fortnite streams have helped her garner 589K followers on Amazon’s streaming service.

In June 2021, Corinna Kopf took the internet by storm by joining OnlyFans, a platform best known for its vast population of NSFW content.

According to Corinna, she earned $1 million in the first 48 hours after joining the subscription service. She also claimed to have made $4.2 million from OnlyFans in a little over a month. These big digits could be attributed to her suggestive content prior to her joining OnlyFans. She had already established herself as a content creator before making the NSFW move. The streamer has spent her newly-earned money on some insane fan giveaways and seven Lamborghinis.