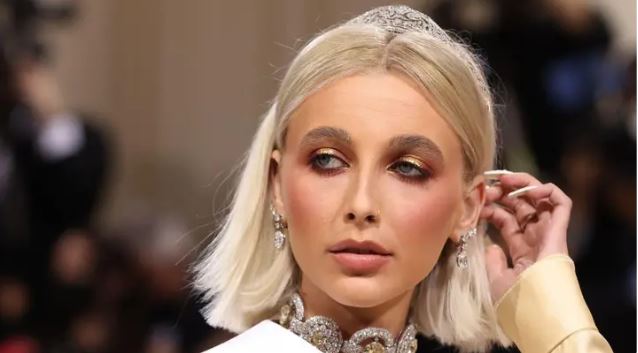 How much is Emma Chamberlain’s net worth? In 2016, the 21-year-old “IT” launched her YouTube page and she has amassed massive wealth from it.

No stranger to sharing every detail of her life with the public, YouTube’s sweetheart collaborated with Proem Studio designers to style her new home.

Chamberlain went for a relaxed set-up, she described the importance of feeling comfortable in your own space, especially when working from home as she does.

The house and outdoor space is equipped with a hot tub, pool, and what we would consider the most important…the permanent beer pong table.

However, we all know that Los Angeles mansions don’t come at a small price, so what is Chamberlain’s net worth in 2022? Let’s take a look…

What is Emma Chamberlain’s net worth?

Emma Chamberlain has a net worth of $12 million (£11 million), which explains the swish house!

She first moved to Los Angeles in 2018, when she formed the Sister Squad with fellow teen YouTube stars James Charles and the Dolan Twins. She later signed with United Talent Agency where her career really began to take off.

Cosmopolitan featured the blonde beauty on the cover of their February 2020 issue, where she revealed insights into what it was like dealing with body dysmorphia and eating disorders whilst being in the public eye.

She also has her own podcast, like many other internet stars, called Anything Goes. She covers a wide range of topics including relationships and fashion, and it won the Pop Podcast People’s Choice Award.

Emma has taken her career to heights that some creators could only dream of, and was featured in Forbes’s social media ‘30 under 30’ list.

Possibly her biggest achievement to date, however, is hosting the Met Gala earlier this year in New York.