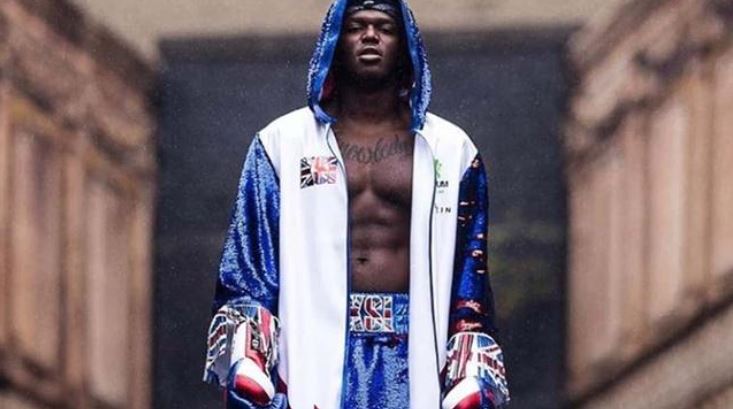 What started as two YouTubers, KSI and Joe Weller, settling their issues with one another in the ring has flourished into world of what’s now known as Influencer Boxing.

Today, there are fight cards popping up all over the shop, featuring influencers such as the Paul brothers, Bryce Hall, Deji, and more putting on the gloves.

KSI is just one of many that has proved time and time again that he’s more than confident in stepping in the ring. Now, with 5 fights under his belt, he claims he’s the “most dangerous” YouTube boxer on the scene.

Despite even fighting two opponents in one night, the British rapper, YouTuber, and boxer KSI feels as if there’s not enough respect on his name.

Following the Austin McBroom vs AnEsonGib bout on September 10, which resulted in a 4th round KO for Gib, KSI took to Twitter, where he had some tough words to say to his 8.1M followers.

“Let’s not put any disrespect on my name now people,” he wrote.

“I’m one of the most dangerous boxers in the YouTube scene. I would beat everyone on the Misfits card and both the social gloves cards,” the YouTube star claimed. “No disrespect to any of the fighters but it’s just facts.”

However, not everyone agreed with the bold statement, as fans began slamming his boxing skills and choice of opponents: “Maybe learn to throw a 1-2 combo up with your strikes show us you’re technique, of course people will doubt if all you do is fight bums and only throw power strikes,” one fan wrote.

“Your only serious win was against logan paul even that though was won because he made a bad decision a lost 2 points,” another added.

KSI is eyeing up his next bout for sometime early next year. It’s unclear who his next opponent will be, as he’s previously discussed touching gloves with a range of fighters such as AnEsonGib, Andrew Tate, and more.

However, fans will certainly be expecting a performance to remember in his next fight, especially after this controversial tweet claiming he’s the “most dangerous” influencer boxer.

What Is KSI’s Record?

KSI’s record currently stands at 3 wins, 0 loses and 0 draws. He is currently undefeated in a total of 3 contests. Of those 3 wins he has stopped 2 of his opponents, so his current knock-out ratio is 67%. He’s boxed a total of 11 rounds, meaning his professional fights last 3.7 rounds on average.

KSI holds a professional boxing record of 1-0 as his only pro contest came in the rematch with Logan Paul in 2019.

Prior to his pro debut, the Brit did have two amateur bouts against Weller and Paul which resulted in a win and draw respectively.

What Was KSI’s Last Fight?

KSI’s last fight took place against Swarmz’s on 27th Aug 2022, in London, United Kingdom. He won by technical knockout in the 2nd round. That fight was 16 days ago.

How Acive Is KSI?

KSI’s last 3 fights have come over a period of 2 years, 10 months and 3 days, meaning he has been fighting on average every 11 months and 12 days. In those fights, he fought a total of 11 rounds, meaning that they have lasted 3.7 rounds on average.

Where Is KSI From?

KSI was born in the United Kingdom.

How Old Is KSI?

How Long Has KSI Been Fighting?

KSI made his professional debut in November 2019, so he has been a pro for 2 years and 10 months.

How Tall Is KSI?

What Is KSI’s Reach?

What Stance Does KSI Use?

KSI fights from a traditional orthodox stance, which means he favours his right hand as his power hand when fighting.

What Are Some Potential Opponents For KSI?

What Will Be KSI’s Next Fight?

The one fight that has been rumoured ever since KSI’s win over Logan Paul is a clash with the American’s brother Jake.

Jake Paul has emerged as the biggest name in the YouTube boxing scene as he has progressed to 4-0 with wins over the likes of Ben Askren and Tyron Woodley.

KSI and Jake have enjoyed a great deal of public trash talk and have admitted their dislike for one another.

How Can I Stream KSI’s Fights?

In the UK you can usually stream KSI’s fights on DAZN PPV UK.

In the US you can usually stream KSI’s fights via DAZN PPV.