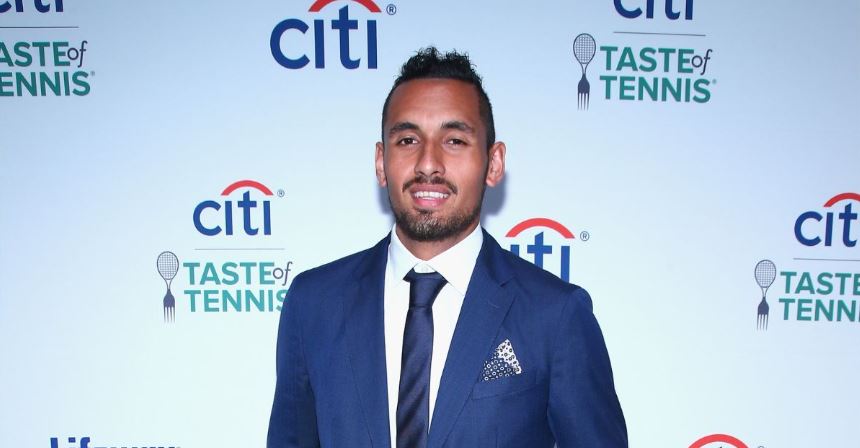 The 2022 U.S. Open Tournament is upon us and Australian tennis champ Nick Kyrgios was spotted playing tourist with his girlfriend Costeen Hatzi ahead of his first match in Queens, N.Y. In a photo of them standing on top of the Empire State Building in Manhattan, Costeen wrote “The big,” followed by an apple emoji.

Nick, who started playing pro in 2013, is currently ranked No. 25, per his ATP page. He’s reached some impressive milestones throughout his career, including being named World No. 1 in the junior boys’ singles in 2015. The year after, he ended the year at a career-high No. 13.

At age 27, it’s safe to say that he amassed a pretty penny to his name through prize money. So, what is Nick Kyrgios’s net worth? Keep scrolling to find out.

What is Nick Kyrgios’s net worth?

Combining his prize money for singles and doubles, Nick has earned $11,823,860. In fact, $2,417,829 of that sum was earned in 2022 alone. Nick also has endorsements from big brands like Nike, Yonex, and Beats, which brings even more money into his pockets.

Per The Tennis Time, it is estimated that Nick has a net worth of approximately $15 million. With seven ATP titles under his belt, it’s no wonder the tennis fiend’s net worth is so high.

In the past, Nick has made an active effort to give back. In 2020, he started a donation drive where he vowed to donate $200 for every ace he served that summer to the bushfire appeal, a fund set up to support the communities affected by the Eastern Victorian bushfires in 2019 and 2020.