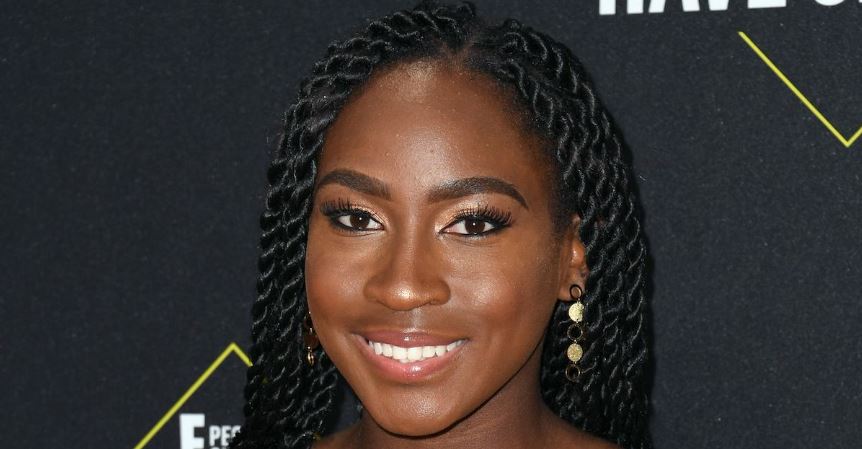 Tennis star Coco Gauff’s parents were also talented athletes – who are they and does Gauff have siblings?

The tennis world recently said their goodbyes to the now-retired GOAT Serena Williams, but it appears that Coco Gauff is slated to follow in the legend’s footsteps. Not only has the 18-year-old shaken up the game by defeating Venus Williams at Wimbledon only at 15, but Coco also continues to prove that her star power, athleticism, and humble spirit will make her the sport’s next rising legend and icon for young Black women and girls.

That said, it takes a village to hone the talent of an athlete. And fans of Coco’s are likely familiar with the presence of the star’s parents at all of her games. The mom and dad duo are always seen cheering their hearts out and uplifting Coco from the stands.

Since it has long been proven that talent doesn’t skip a generation, fans are ready to learn more about Coco’s parental unit. Here’s the 4-1-1 on the family.

Coco’s parents, Candi and Corey Gauff, were also talented athletes in their day.

Coco has top-of-the-line athleticism running through her veins! According to The Tennis Time, Coco’s parents, Candi and Corey Gauff, are well-versed in sports. Candi and Corey both hail from Delray Beach, Fla., where they’re currently raising their three children, Coco; 14-year-old Codey; and 9-year-old Cameron.

The outlet shares that Coco’s mother, Candi, had an affinity for track and field and was a member of Florida State University’s team. Not only did Candi win the Sun-Sentinel Track Athlete of the Year award for two successive years, but the family matriarch also was named the state champion in the heptathlon event at Atlantic High School in the sunshine state.

As for Coco’s dad Corey, the family patriarch fancied the sport of basketball and played for Georgia State University during his prime.

While both parents’ athletic days are behind them, Candi worked as an educator at Atlantic High School and Corey as a healthcare executive, per the outlet. However, things changed thanks to Coco. Once Candi and Corey recognized Coco’s talent in tennis, the pair quit their jobs and decided to train Coco. And as we can see, that hard work and dedication have paid off. Coco is a beast on the court!

A setback is always a setup for a major comeback. Tennis fans watched in admiration as Coco had been on fire during the U.S. Open. In fact, the teen was able to reach the quarterfinals after defeating Shuai Zang.

As fans realized Coco’s feat, which allowed her to advance to the quarterfinals for the first time in her career, many hoped that a trophy was in reach.

However, Coco fell short during her match against 28-year-old Caroline Garcia. Keep in mind, that Caroline reigned supreme and won both matches at 3-6 and 4-6, but Coco should be proud of her performance since this match was far from a blowout.

Judging by Coco’s game, once the star cleans up the double faults and her placement with the help of her parents, the 18-year-old will be golden. Thankfully, Coco continues to get better with time, and we’re sure a U.S. Open win is in her future. We’re rooting for you, Coco!