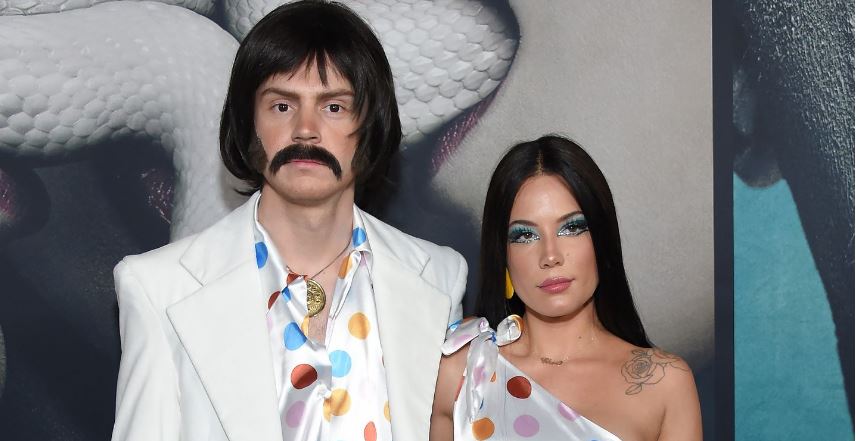 Fans were shocked when singer Halsey revealed she was pregnant and the baby daddy was not Evan Peters. Here’s the real reason Halsey and Evan Peters broke up.

When Halsey and Evan Peters announced that they were dating, it was a true lesson in the art of manifestation. More than five years ago, Halsey tweeted her love for the American Horror Story actor, even inciting a petition for them to become a couple, and in 2019, it finally happened.

After a few weeks of dating, the former lovers made their courtship official.

In January 2021, Halsey announced that she was expecting her first child with her partner, Turkish-American screenwriter Alev Aydin. Their son whose name is Ender Ridley Aydin was born in July 2021.

Halsey explained on Instagram why the song, which is about “the one that got away,” holds a special place in her heart. “Alev and i first met because he was supposed to write and direct a movie about my life,” the artist explained. “We started a family and now he’s written and directed this little film about OUR life.”

This got fans wondering: Why did Halsey and Evan Peters break up?

So, why did Halsey and Evan Peters split?

Speculation about the couple’s breakup was sparked after Halsey abruptly deleted all of Evan’s photos from her Instagram page in 2020. While fans are unsure of exactly why Evan and Halsey decided to end their relationship, a previously liked tweet confirmed their breakup and suggested that the two ended on bad terms.

After retweeting a message that read, “I can watch these piece of s–t looters get tackled all day!” during the Black Lives Matter protests in the summer of 2020, Twitter took Evan Peters to task. Although the AHS actor subsequently deleted the retweet, one user asked, “[Evan Peters] is this why Halsey broke up with you?” While Halsey didn’t respond to the user, she liked the tweet.

Here are the details on Halsey and Evan Peters’ relationship history.

Halsey initially expressed her interest in the actor in a since-deleted tweet that read, “Seriously Evan Peters stop making me attracted to alleged sociopaths and accused murderers….” At the time, the actor was romantically linked and previously engaged to Emma Roberts, but later, Halsey and Evan sparked dating rumors after being seen holding hands at Six Flags Magic Mountain in 2019.

A source shared, “Halsey has always been a huge fan of Evan’s. A friend connected them and they had also been chatting over social media before deciding to hang out. It’s still very new, but they are both interested in dating each other and hanging out.”

The couple confirmed their relationship by appearing together at FX’s American Horror Story 100th Episode Celebration Halloween party, but in an interview, Halsey revealed that she was trying her hardest to keep their relationship private.

She explained, “A friend of mine — another female artist who has been criticized for dating a lot of people — said, ‘Ashley, you need to live your f–king life and ignore what people say about you.’ And so now I keep everything to myself in terms of my romantic relationships.”

Who is Evan Peters dating now?

It is unclear if Evan Peters is currently single, but there is no indication that he is exclusively involved with a partner at this time. In the past, the actor has been linked to British model Pixie Geldof, Alexandra Breckenridge, and Emma Roberts, with whom he was previously engaged and dated on and off from 2012 to March of 2019.