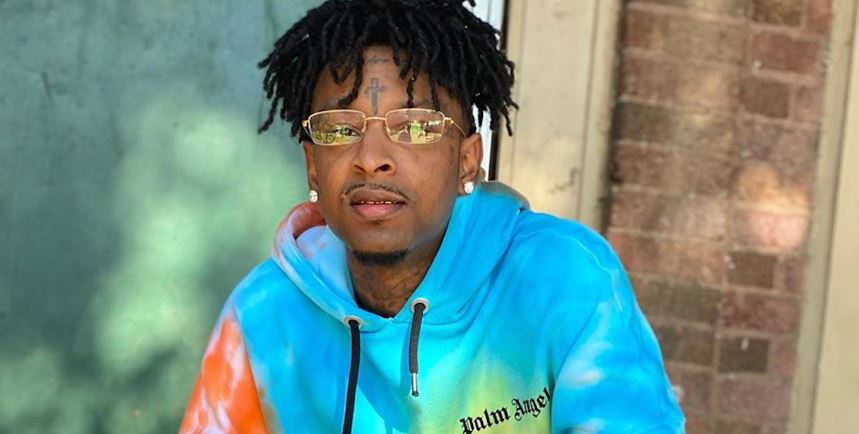 Who has 21 Savage dated in the past and who is he in a relationship with currently? Read on the love life of the rapper.

In an interview with Big Facts on October 1, rapper 21 Savage (She’yaa Bin Abraham-Joseph) talked about how he went to Beyoncé and Jay-Z’s house after they helped provide him with legal counsel. Back in February 2019, 21 Savage was arrested and detained by ICE. The U.K.-born rapper’s visa had reportedly expired. 10 days later, he was released. It looks like Bey and Jay-Z really came through.

21 Savage shared, “When I got out, I pulled up on Jay-Z at his house and sh*t. Him and Beyoncé was in there. And we was kicking it… I just was thanking him. When I first got out, I texted him like, ‘I’mma pay you back.’ He was like, ‘I don’t want your money.’ He said, ‘Pay me back by being great.’ So I pulled up on him, chopped it up, just thanked him and sh*t like that, ’cause he ain’t have to do that sh*t.” However, many fans are intrigued by something else 21 Savage said during the interview: He revealed that he’s in a relationship

Who is 21 Savage dating now?

It appears as though 21 Savage is married to someone. During the interview with Big Facts, he says, “I ain’t made any songs about [Amber Rose]. She is in a relationship. I’m happily in love. I got a family. I’m good.” This was in response to a question about him missing Amber. Unfortunately, 21 Savage wouldn’t spill the details about his new significant other. He said, “I can’t really tell you all that. You can’t let ’em know everything…I’m married. I’m happy.”

21 Savage has typically been pretty private about his love life, save for his super public relationship with Amber. We know he and Amber Rose definitely dated between 2017 and 2018, he allegedly dated Love & Hip Hop star Tommie Lee in 2016, and model Rubi Rose admitted that she and 21 Savage dated when they were both younger. Taking a look at the rapper’s Instagram account, we see no evidence of a relationship there, either. Fans really did think 21 Savage and Amber Rose were going to make it, given the fact that she allegedly bought him a $50,000 promise ring.

21 Savage’s latest relationship rumor was with Mulatto. The two rappers sparked speculation that they were dating after their social media posts hinted that they were possibly together in Puerto Rico in what appeared to be vacationing together.

It spelled out “Loyalty 21” with white diamonds and rubies and it was supposedly designed by IF & Co. However, it doesn’t look like we’ll be seeing any PDA from 21 Savage and his wife any time soon.

Plus, it looks like the rapper really wants to focus on his career. On September 29, 21 Savage and Metro Boomin announced their album, Savage Mode, on October 3. “Savage is defined as fierce. Beastly and untamed. Mode is defined as a way of operating or using the system. So to be in Savage Mode is to go hard without anything to stop or deter you from your mission. Basically, this means when someone is in Savage Mode, they are not to be f***ed with,” a trailer explained.

Looks like everything is coming up 21 Savage. We’re happy he’s found love and happiness with this person!

Who is he dating right now?

According to Whosdatedwho, 21 Savage is possibly single, however, he revealed that he is married and might be enjoying his marriage life privately.