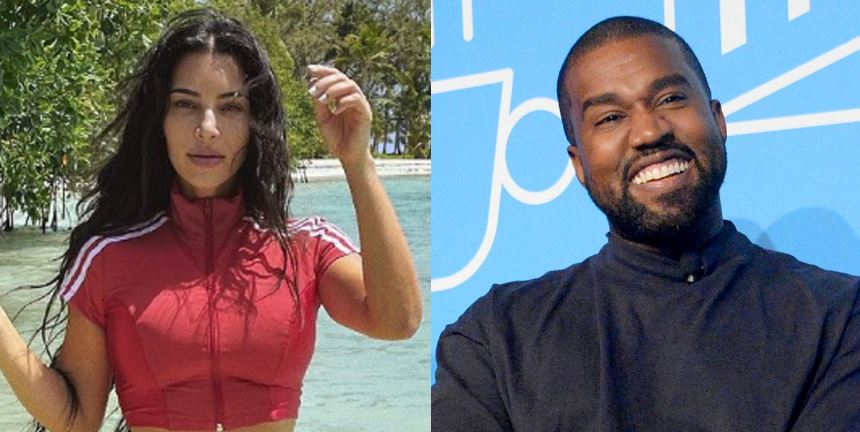 Kim Kardashian‘s split from Pete Davidson is no more a new gist but fans are saying the reality star and ex-husband, Kanye West, are back together – Is it true?

When you’re a superstar, everyone and their mother is going to want to know about your romantic life. And if that personal life happens to include another superstar, then everyone and their mother and father are going to want to know about your relationships. Kim Kardashian and Kanye West, for example, can’t even eat at McDonald’s without it making headlines, so you know people are pressed to find out if they’re getting back together or not.

Are Kim and Kanye getting back together? She is once again single.

Fans first thought “Kimye” were getting back together on Aug. 26, 2021, during Kanye’s “Donda” show in Chicago. The ending, soundtracked by his song, “No Child Left Behind,” saw Kim emerge in a white Balenciaga couture wedding gown and approach Kanye. He then, after months of not showing his face in public, removed his mask, lifted her veil, and they embraced. This immediately led to speculation about whether the couple was back together — TMZ claimed they were not.

These rumors were confirmed to be just that when Kim Kardashian and Pete Davidson got together. They were together for months but announced their split in August 2022.

As for why Kim and Pete broke up, sources said Kim just wasn’t ready for a long-term commitment with the former SNL star. But does that mean she’s secretly harboring plans to get back together with her ex-husband?

Recently, The Sun reported rumors that fans were once again speculating the two might be back together. A video of the reality star posted to Instagram shows Kim posing for a SKIMS photoshoot. But she’s wearing Yeezy boots, and the camera zooms in on them more than once. Coincidence? Their fans think not.

It seems like the internet is rooting for Kim and Kanye to get back together.

When news of Kim and Kanye’s divorce first broke, there was an uprising of opinions on the internet, with responses that ranged everywhere from “Good for her” to “Love is dead.” Despite the mixed opinions, it seems like the majority of naysayers have changed their tune to support a Kimye reunion.

Only time will truly tell whether these two will truly get back together or are just supporting each other’s creative endeavors. Until then, it seems like co-parenting is working for them.