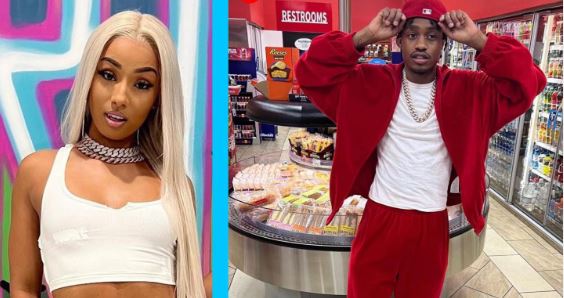 Rubi Rose sends a positive message to her ex Lil TJay who is still trying to recover after being shot in New Jersey.

Rapper Rubi Rose who doubles as the ex-girlfriend of Lil Tjay has thrown her support for him after it was rumored that the ‘Calling my phone’ was paralyzed following him being shot.

On Wednesday (June 22), TMZ reported the Bronx, N.Y. rapper was one of the victims of a double shooting that took place in Edgewater, N.J. just after midnight last night. The extent of Lil Tjay’s injuries involved rumors of him being paralyzed, but the rapper was transported to the hospital where he is undergoing emergency surgery.

The shootings occurred at two nearby locations: a Chipotle restaurant and an Exxon gas station. Lil Tjay was one of two people injured during the shootings. The identity of the second victim has not been released.

Lil TJay is reportedly doing well after his misfortune as he was last seen in a video call with his mom.

One of the people who have publicly shown love for the rapper is his ex-GF, an American rapper, songwriter, and model, Rubi Rose Benton.

Following the news that Lil TJay is recovering after being shot 7 times, Rubi took to her Instagram stories to share a picture of him and added positive words. “7 shots… took nothing and still breathing… The f**Cking goat”, Rubi wrote.

This wasn’t the first time Rose come through showing her love for TJay as when the news of his shooting was first communicated, she first sent prayers to him when he was undergoing emergency surgery after being shot in New Jersey. “Prayer for tjay” Rubi Rose wrote on her Twitter page.

These instances have got fans of both rappers thinking there must be a positive connection between these two exes.

Both rappers have not given a clarified update on their relationship, it could be just on a friendly level.

Does Lil Tjay have any kids?

Following her Live, Tjay and Lala seemingly have been in an on-again, off-again relationship. In March 2022, though, YouTuber Kiara Shanay shared that Lala became “fed up” with Tjay’s infidelity after another influencer, Legendary Rella, stated she started dating him at the same time Lala did. Rella disclosed the relationship by posting a photo of her legs on Tjay’s chest on Instagram. She then stated she and Lala have “the same daddy” in the caption, seemingly talking about Tjay.

Although Rella referred to him as her “daddy,” Tjay isn’t actually a father. The 22-year-old rapper has no kids and said his primary focus is his music. In an interview with Pitchfork, Tjay said he wanted to accomplish multiple tasks before reaching his late twenties.