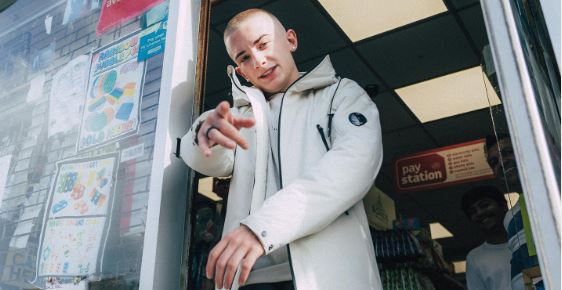 Who is ArrDee in a relationship with? Read on to find out about the love life of the sensational rapper.

The 19-year-old burst onto the music scene in April last year after the release of the chart-topping remix Body, alongside artists Tion Wayne and Russ Millions.

The hit song became an overnight sensation after his verse gained popularity on the social media platform TikTok.

For such a young rapper, Brighton’s very own ArrDee has really been making waves for a while. With collaborations with Aitch and Digga D, and an ever-growing body of his own work to back up the hype, ArrDee is really going places in the UK rap scene.

Little is known of his personal and love life as his songs are all that people talk about. So, who is ArrDee and who is he dating currently?

The rapper posted a photo of the pair cosied up together in his native Brighton with a red rose emoji and a heart in the caption. His caption was ‘🌹❤️’ (awww).

ArrDee is originally from Brighton, UK but he grew up in Woodingdean and often features landmarks from across the city in his music videos.

ArrDee talked to The Face about coming from Brighton. He said he’s “incredibly proud” to call Brighton his home.

He said: “It made me who I am, not just as an artist but as a person. I would say I am comfortable and confident in my own skin, and Brighton I think played a massive part in that.

“It definitely has a massive role to play in my character and in my brand, my music, and everything.”

“I always say it’s the city that never sleeps. There’s always something going on.

“I don’t think I’ll ever leave. Everyone tells me that I will but I like it here. It’s peaceful. It’s easier for me to be about and be viewed as normal. Everyone knows it’s my town. “

Where did ArrDee attend school?

After leaving College, Riley said he looked for “odd jobs” to be able to afford mixing tracks and travelling across the south of England to perform at freestyle events

He said: “I worked in a chip shop but that wasn’t really my cup of tea. I’ve done loads of different bits and bobs. I engineered a lot of my own tracks so Cheeky Bars and 6am in Brighton were engineered mostly by me.