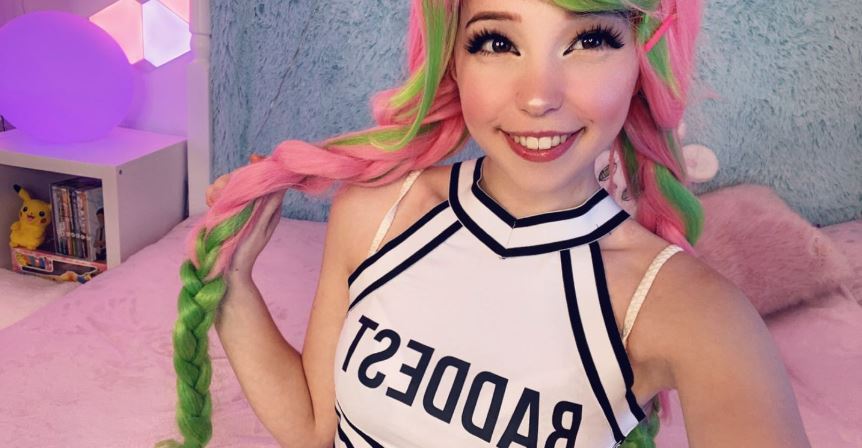 Belle Delphine is one of the Top Performers on OnlyFans — Here’s how much she makes and her fortune.

Influencer and professional internet troll Belle Delphine has built an online presence for herself that is simultaneously baffling and wildly successful. Belle, whose real name is Mary-Belle Kirschner, built a large following for her satirical content and infamously selling “Gamer Girl Bath Water.”

It’s no surprise that despite her controversies, Belle is likely making a lot of money from her online presence, but just how much does Belle make?

Belle Delphine revealed on Logan Paul’s podcast just how much she makes a month.

In an interview on Logan Paul’s podcast, Impaulsive, Belle gave viewers an estimate of just how much she manages to make through her OnlyFans alone.

After trolling the internet for years about joining the adult entertainment industry, Belle officially launched her OnlyFans page in June 2020. To subscribe to her channel, it’ll cost you $35 a month — one of the larger fees on the subscription-based website.

“You’re on the upper [end] easily in terms of what you charge monthly,” co-host Mike Maljak said as the group talked about her first adult entertainment video that she claims will be coming to her page soon.

“I don’t want to say that,” Belle replied. “I am being actually quite open recently. But I’ll just say it, I think the main people on OnlyFans are roughly earning the same, I think, from what I know, and at the moment it’s like $1 million a month.”

Belle also said she had the platform’s largest withdrawal ever, cashing $2 million at once. But this is just the money Belle makes from her OnlyFans account and doesn’t consider any other streams of income the influencer may have.

Most of Belle’s other social media platforms have been terminated.

Most influencers make their income across their different social media platforms, often promoting products or doing sponsored posts, but many of Belle’s other avenues for income have been shut down since her return to the internet.

When Belle relaunched her social media persona, it included her YouTube channel, Instagram, and TikTok accounts in addition to her OnlyFans page. All three of those accounts have been terminated, reportedly for violating community guidelines.

Both Belle’s TikTok and Instagram accounts were banned from the platforms, and while many assumed it was due to the sexually explicit content she posted, neither platform commented publicly as to why her accounts were removed from the sites.

At this time, Belle’s YouTube channel only has three videos on it, though she has more than 2 million subscribers. According to Social Blade, it’s estimated Belle can make up to $1,900 a day on her channel, though because most of her content is age-restricted, it’s possible that number isn’t as high.

Overall, it seems that her OnlyFans is what likely still brings in the majority of her income.