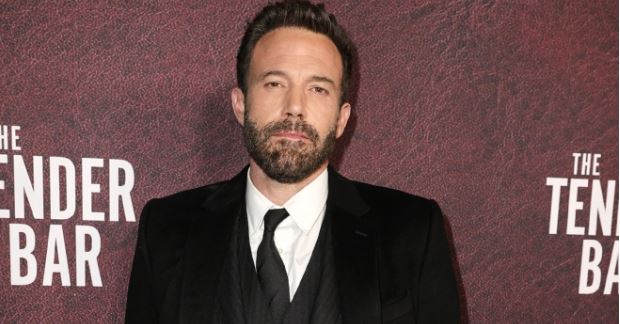 How much is Ben Affleck’s net worth? Jennifer Lopez’s husband’s fortune explained! But is he worthy?

Hollywood star Ben Affleck has accumulated a net worth of millions over his glittering 40-year career.

The star also has a star-studded dating history.

Who is Ben Affleck?

Over his career, Ben has earned hundreds of millions of dollars in salary. Coincidentally, one of his largest career acting paycheck’s (before backend bonuses) was the $15 million he earned from the 2003 movie “Paycheck.”

Benjamin Géza Affleck-Boldt was born on August 15, 1972, in Berkeley, California to parents Chris and Tim Affleck. Ben’s mother was a schoolteacher and his father was an aspiring playwright who made a living working a variety of jobs, including electrician, janitor, carpenter, and bookie. The family moved to Falmouth, Massachusetts when Ben was three years old; this is where his younger brother, Casey, was born. They then settled permanently in Cambridge, where his parents later divorced.

Ben’s family was heavily involved in the arts in Cambridge. Ben and his brother attended theater performances from a young age and spent time with people who worked in the arts. His mother was friends with a local casting agent who arranged auditions for both Affleck boys. Although she encouraged Ben to act, his mother never pushed him to make a career of acting; she wanted him to become a teacher.

At the age of eight, Ben Affleck met Matt Damon, who was two years older than him. The boys hit it off immediately and became lifelong friends. They took acting classes together and would later launch their Hollywood careers together.

What is Ben Affleck’s net worth?

Ben has amassed quite a fortune since his rise to fame in the 90s through his filmography and endorsements.

He is reportedly worth around $150million according to Celebrity Net Worth.

As a leading man, Ben Affleck has been commanding large paychecks since early in his career. He and Matt Damon each received $300,000 for the sale of the “Good Will Hunting” screenplay.

“Daredevil” and “Gigli,” neither of which was particularly successful, netted Affleck $11.5 million and $12.5 million, respectively.

When was Ben Affleck married?

From 2005-2017 Ben Affleck was married to actress Jennifer Garner after starting to date in 2004.

They have three children together – Seraphina, nine, Samuel, six and Violet, 12

He started dating Gwyneth Paltrow in 1997 – they briefly split in 1999, got back together when they co-starred in Bounce and then split again in 2000.

Ben was also in a relationship with Jennifer Lopez from 2002 until 2004, but the two have been seen together multiple times in July 2021 following Lopez’s split from ARod.

What are Ben Affleck’s biggest movies?

Benjamin Geza Affleck-Boldt, 48, was born August 15, 1972, and is an American actor, director, screenwriter and producer.

He shot to international stardom when he starred in and co-wrote Good Will Hunting with best friend Matt Damon in 1997, which saw them win the Oscar for Best Original Screenplay.

He has since starred in many Hollywood blockbusters including:

In 2009, Jen and Ben spent $17.55 million for a home in LA’s Pacific Palisades neighborhood. The seller was producer Brian Grazer. Jennifer continued living in this house until late 2018. That’s because in December 2018 Ben and Jen sold this mansion to Maroon 5 singer Adam Levine for $32 million:

After living in the above home or just three years, Adam Levine and his wife Behati Prinsloo listed it for sale for $57.5 million.

That same month, Jennifer spent $8 million on a new home in Los Angeles’ Brentwood Park neighborhood. In April 2018, Ben bought himself a $19 million mansion in the Pacific Palisades.