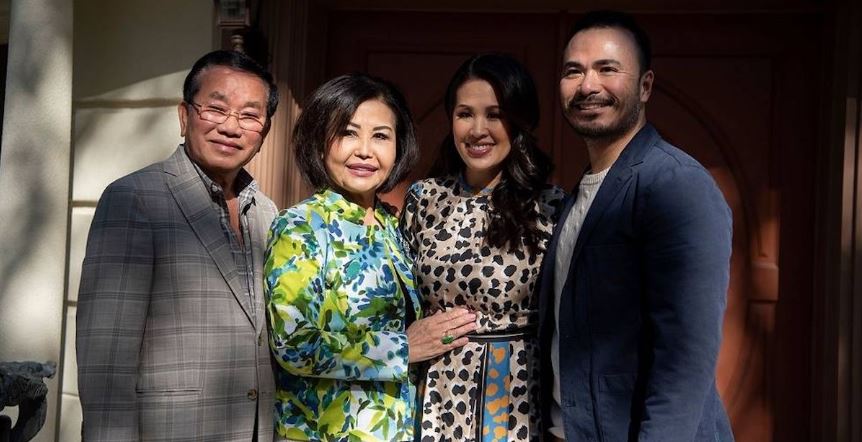 How much is Binh Ho’s net worth, and how many are the members of the ‘House of Ho‘ family?

Season 2 of House of Ho premieres on Aug. 25 on HBO Max, and it follows three generations of the Vietnamese-American Ho family. Based in Houston, Texas, their lavish lifestyle alone is enough to keep viewers hooked and coming back for more. But HBO Max calls the show a “multi-generational family docusoap,” and the family dynamics take things to a whole new level.

Who’s who in the Ho family?

There are a whole lot of Ho family members to keep track of, so he’s a quick refresher. The mother and father (or grandmother and grandfather, depending on how you look at it) are Hue Ho and Binh Ho.

Their oldest is their daughter, Judy Ho, who is a lawyer. She’s engaged to Dr. Nate Nguyen and shares three children — Kennedy, Truman, and McKinley — with her ex-husband, Pablo Gavazza.

Binh and Hue’s youngest is Washington Ho, husband to Lesley Ho. Together, they have a son named Roosevelt and a daughter named Lincoln.

And we can’t forget about Aunt Tina and Cousin Sammy, who are also family members and dynamic regulars on the show.

How did the Ho family make its money?

This question comes up a lot, seeing as the backdrop of the show is the grandiose lifestyle that the entire Ho family seems to live.

According to the show’s bio, “Power couple Binh and his wife Hue immigrated from Vietnam to the United States with little money, relying on hard work to establish the ultimate American dream. They have built a multi-million dollar bank, a real estate development company, and a new generation of American Hos.”

So basically, they’ve got two mega-successful businesses, and that’ll do it! And in a recent Insta post from Washington, he calls his dad “boss,” so he could be next in line to run the companies.

There’s no real intel about which bank the family owns or public details about their professional endeavors. Nonetheless, they sure are willing to share the personal side of their life with the world.

Of the show, Jennifer O’Connell, executive vice president of original non-fiction and kids programming at HBO Max, says, “Rarely do you come across a family that is so rich in so many ways — not just in wealth, but in heart, traditions, and love for each other.”

“There’s great pride in being a Ho and they are ready to give the world a seat at their luxurious table.”

So what’s Binh Ho’s net worth?

As mentioned, the Hos (and HBO Max, and the internet) are pretty hush-hush when it comes to specifics in this area. Aside from being in the multi-millions, an estimated net worth figure has yet to be determined — although some outlets have reported Binh’s net worth to be roughly $350,000, we can’t confirm an exact number at this time.

Given people’s curiosity and the sheer opulence and luxury that surrounds the family in episode after episode of House of Ho, maybe we’ll have a better idea of their net worth in the near future. Who knows? Perhaps they’ll casually drop a number in Season 2.